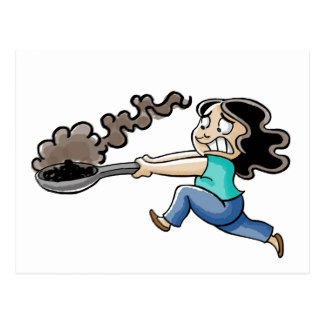 I am many things – mother, wife, reader, resister, writer, author, generally stubborn human being. I am not, as anyone who knows me well can attest, a good cook or even a moderately serviceable cook. I am a bad cook. I have never been good at the art of cookery, even when I’ve tried.

Lucky for me, my darling husband, does all the cooking for our family and keeps us from starving. Now, he is a good cook. He makes yummy things like this. 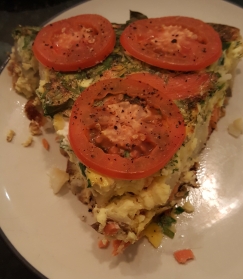 Unfortunately for me, recently he went away on a work vacation where he hung out with his friends, ate great meals and had a blast without me. While I was left at home juggling, daughter wrangling, dog wrangling, cleaning, day job and writing.

Now, before you start hating him, I often run off for work vacations and leave him behind to do all these things. The difference? He’s so much better at them than me! He’s a great cook. He’s a great Dad. He pays attention to his calendar and stays on a schedule.

I’m, let’s say, not as good at those things. When I have a work trip and someone asks me where I’m going, my answer is usually, “Eh, somewhere? I’ll figure it out the day I’m supposed to leave.” If I am bad at scheduling, I’m even worse at cooking.

Now, typically, when my husband goes out of town, he leaves pre-cooked material to sustain his pathetic non-cooking family. We just would need to assemble. Assembling I can handle, usually. But, this time we’d just gotten back from our real vacation and he didn’t have a lot of time. Which meant, dun dun dun, he couldn’t make any all those premade goodies and I had to cook!

Yes, my daughter and I could have eaten out every night. But thanks to my daughter’s hectic afterschool schedule only fast food was manageable  and I couldn’t bring myself to do that.  So, I decided I could do this. I could cook.

Who cares if I tried before and failed? Who cares if I frequently set the toaster oven on fire? Who cares if I have ruined several tea kettles and pots because I boil water and forget about it and it all burns away and then burns the pan and it’s a miracle I haven’t burned the house down?

After thinking about it for about 30 seconds, I figured I’d make enchiladas.

Why? It seemed logical. My wonderful husband had found time to make some yummy black bean mash before he left and he always has rice cooked and ready to mix into our dog’s food. So, bean mash + steal dog’s food + some cheese = easy!

All I had to do was roll it all up in some corn tortillas and put them in the oven for some amount of time on some temperature. I was certain the internet could tell me this simple information. It couldn’t be harder than understanding, say, healthcare. No knives, no boiling water, no problem.

Except, if you cook at all, you probably know what I didn’t. It’s never that easy!

I typed in “enchilada recipe.” I clicked the first option on the list and gulped. It had 15+ ingredients. My daughter narrowed her eyes at me. I tried to play it cool. You can do this, I told myself.

I moved to the second recipe listed. Step One: chop an onion. Nope. I had no idea how to do that. Next! Ingredients: chicken. Nope. We are vegetarians. I couldn’t imagine trying to change a recipe when I can barely boil water. Next! Flour. Nope. I have an allergy. Next! 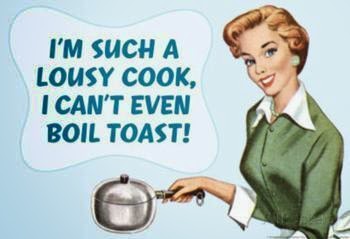 The minutes started to tick by quickly and my daughter gave me that “I’m going to go to bed hungry tonight, aren’t I?” look.

“Don’t worry, I’ll find something,” I told her.

Fifteen or so recipes later, I came across a simple list of ingredients – tomato paste, spices. I would have to use the stove to make sauce. But, it looked manageable. My stomach was already grumbling and my daughter had a hangry squint in her eyes. It was time to just go for it.

If watching cooking shows somehow made you a good cook, then I’d be fantastic by now. It doesn’t really work that way. But, I figured something had to sink in.

I tried to channel my inner top chef as I collected the ingredients. On those cooking shows they always put things in little bowls. We had tons of little glass bowls. I got those out and started to fill them with the spices I’d (wrongly) assumed we had. Apparently my husband has fancy spices.

“It says mild chili. You think we could use this ancho chili spice instead?” I asked my daughter.

My daughter shrugged. The universal pre-teen signal for “I really don’t care.”

“Well, we’re going to see how it goes then,” I mumbled and scooped out the 3 tablespoons it called for in the recipe, by far the most prominent spice. If I was wrong, it would pretty much make this meal inedible.

Next I had to start the base for the sauce, which was tomato paste. Another item I’d just assumed we had. I rummaged through our pantry. Nothing.

“Well, that could be a problem,” I grumbled. Then I saw it. It glowed yellow and red like a happy little flag – canned tomatoes.

“You think I could just, like, throw these in the blender and make paste?” I asked my daughter.

Yep, you guessed it, she shrugged.

So I pulled out our blender that could pulverize a large rock and poured in the can of tomatoes. After zipping them up, I had something juicy and thick. It kind of looked like tomato paste. I decided not to abort the mission yet.

“Oh come on,” I said, looking at the next ingredient on the list. “Grapeseed oil? What is that? There is no way we have it, right?”

I returned to the pantry, pulling up glass bottles and reading the labels. And there it was…grapeseed oil. No tomato paste but we had grapeseed oil. Go figure.

I poured it in the pan.

So when oil splatters and hits your skin, it hurts. Did you know this? I learned the hard way. I think I had the pan up too high, not that I had any idea what too high meant. Still, by some miracle, the oil and the gluten-free flour found their way into the pan and mixed together, like magic.

My daughter took a break from shrugging to come over and slowly pour in the “tomato paste” into the pan so I could whisk really fast because for some reason I equated fast whisking with a better result.

Then we stood and watched it simmer.

“It’s supposed to get thicker. It’s not getting thicker,” I said.

All that was left to do was pour over the enchilada sauce.

“It’s still not thickening,” I said. “Should I add cornstarch? I feel like that’s what people do when they want to thicken something.”

“Maybe just give it some time,” my daughter suggested.

“Alright, thin sauce, try the cornstarch or we eat at midnight. You choose,” I responded.

“Try the cornstarch,” she said.

I sprinkled in a little cornstarch and whisked really fast again. Then some more.

I whisked and whisked.

I got out a spoon and dipped it into the sauce. I blew on the end and gave it to my daughter. She slurped it off and gave me a bunchy-browed look.

I think at that moment I either squealed with joy or jumped up in the air like people used to in those old car commercials. Either way, I was thrilled.

We poured it over the tortillas and put it in the oven, hoping that somehow it would all work.

When we finally pulled the enchilada’s out of the oven, they smelled amazing. They looked amazing. See?

But did they taste amazing? We scooped it out on a plate.

“The sauce is still a little thin,” my daughter said.

We sat down, and cut off a corner with our forks. Together we took a bite. We looked at each other, eyes wide.

“It’s good,” I said. mouth full of enchilada and surprise.

We gobbled up the enchiladas and went back for seconds.

“Can I have more sauce?” my daughter asked.

We both looked over at the pot, which still had some extra sauce in it. Feeling buoyed by success, I thought of something really crazy.

“What if we add some of that spicy chocolate we got in Williamsburg in it?” I asked my daughter.

“Like a mole sauce? I was thinking that too. Let’s try it!” she said.

We whisked in some chocolate into the sauce and drizzled it over our second helpings. Even though it was nearly 10 pm, I didn’t care. It was delicious and I didn’t set the house on fire. We went back for third helpings.

How did I feel about this cooking experience?

Enjoyment: Of cooking? Low. (too stressful) Of eating? High

I’d do it again, but only in special situations. I’m not cut out to cook!