In Search of… A Clockwork Angel in an Airport 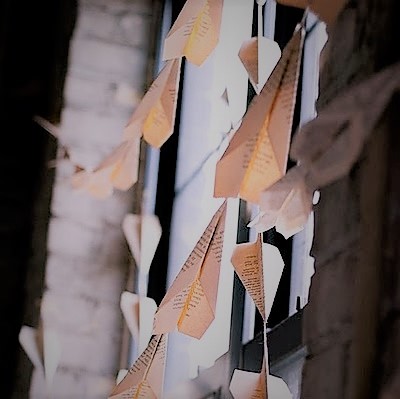 What is it about a glass of wine, a book and a nostalgic song that creates the perfect sense of serenity? I’m not sure, but it certainly was the cure for my bad temper after an odd search for a book at the Miami airport.

To use my husband’s least favorite plot device, it all started 4 hours earlier…

I’d come to Miami for a short work trip. I’m used to dropping in and out of cities without seeing more than the airport and the hotel. However, for this trip, my meeting was supposed to end early and my flight was later in the evening. 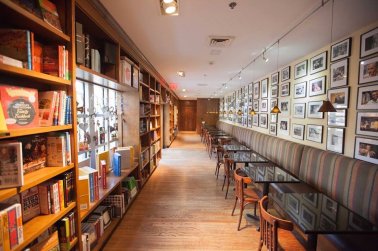 Excited by the idea of a few hours in Miami, I did what any good writer/reader would do, I Googled local indie bookstores to visit. Isn’t that what everyone does when they only have three hours in a city? I found a dreamy local indie called Books & Books only 2.5 miles from my hotel, complete with cafe, a loungey atmosphere and great Yelp reviews.

Excited by the idea of a few hours in Miami, I did what any good writer/reader would do, I Googled local indie bookstores.

I even had a book picked out to buy. A newcomer to the Shadowhunter cult (aka, those who have an obsession with Cassandra Clare’s Mortal Instruments series), I’d read all six books of the series over about one week in January. I thought it best to check my slightly unhealthy binge-reading tendencies and wait until February to read another Clare series, Infernal Devices.

My book mission: Clockwork Angel, book 1 of the three-part series. (Is it really strange I’m already disappointed there are only three books and I haven’t even read the first one? I’m going to lie to myself and say it’s not.)

As the meeting at the hotel wound down, I itched with plans to whisk away to my bookish destination. The excitement of the new book smell tickled my nose. The time ticked by, closer and closer to the end of the meeting, except the meeting didn’t end. It kept going like some sort of endless time loop. The window for my bookish escape narrowed and narrowed and then disappeared.

Disappointed, but not deterred, I concocted a new plan. I had to get to the airport to check in for my flight and airports have bookstores. In fact, I soon learned Miami airport has a smaller version of the Books & Books store! Sure it wouldn’t have quite the same charm and would be invaded by the constant, dull sound of roller-wheel bags. But it would do.

Once through security, I started my journey at the far end of terminal D. Terminal D of the Miami airport is like a trendy mall. Kiosks line the walls with gourmet cupcakes and eateries called “Figs and Fennel.” And people congregate at the entrance of sushi bars like a line to an exclusive club.

Books & Books is no vanilla ice cream. It’s chocolate gelato with peanut butter and a hint of chili. 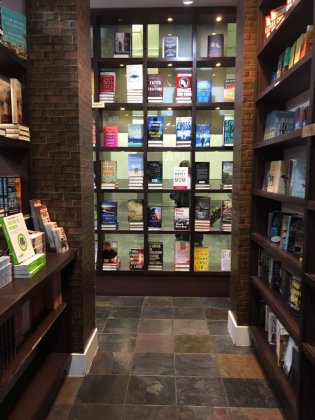 As I stepped onto the stone floors, the bookstore’s cavernous aisles of dark wood and brick lured me further into its clutches. (OK, I don’t know how much “luring” was actually done. Books & Books probably could have been the strawberry ice cream of bookstores, the lamest of all the ice creams,  and I still would have gone in eagerly.)

I spotted the Cassandra Clare books, an entire shelf of black and gray bindings. Quickly I counted off the Mortal Instrument books. Next to them, in tiny print on a book spine, read “Infernal Devices” numbers 2 and 3, the second and third books in the trilogy. There was no book 1. A quick chat with the cashier, in which I may have come across as a lunatic thanks to my fast-talking, book-rambling ways, revealed if it wasn’t on the shelf, they didn’t have it.

I decided this was not the end. There had to be another bookstore in the airport. I left terminal D, roller bag trailing behind me like a caboose, and entered an eerie labyrinthian corridor promising to take me to terminal E. The passageway was so blank and desolate I half expected it to open into a grizzly underpass where people stood over burnt-out garbage cans. I wasn’t completely wrong.

The corridor ended abruptly. To the right was a circular area of the gates E1-E15, one of which was my gate. To the left, the mysterious path continued. I was at a crossroads.

I considered slumping into a chair and just waiting at my gate. Then from inside me, a deep voice cried, “Goonies never say die!” OK, that was a little dramatic and didn’t happen. But I was not giving up.

Then from inside me, a deep voice cried, “Goonies never say die!”

I marched left, continuing down the corridor to oblivion, to an empty escalator. Up I went and entered a room with 6 sets of wide double doors. Suddenly all the doors sprung open and I saw a train. I didn’t know where it went. There were no signs. So I got just on and figured I’d know when I got there. (I was aware that in a horror movie this would have been the wrong decision.)

To my surprise, the train pulled out of the building and rushed into the dark, rainy night. A metallic recorded voice explained the train was headed to the Terminal E annex. It sounded like some weird outpost on a remote planet. When I got off the train, the terminal looked unfinished. Except for a small Italian restaurant with bistro chairs and grapes painted on the walls, there were only half-built stores and restaurants. Knowing there was no possible way I’d find a bookstore, or even human life, I immediately got back on the train and practically ran to terminal D, my horror movie brain finally kicking in.

A helpful sign informed me there was one other bookstore not too far away in the airport. As I neared the store, my wrist buzzed. I’d reached 10,000 steps. (It’s of note that when I got to the airport I had barely 3,000.)

In this less impressive, Hudson Books-type store, I again found the Cassandra Clare section. Again, I drew my finger across the six books in the Mortal Instruments series and then found two books from the Infernal Devices. I looked twice, riffling behind other books to be sure. But this store also only had books 2 and 3 of the series. The first book remained elusive.

I channeled the Dalai Lama, took a deep breath, and told myself it just wasn’t meant to be.

At this point, I channeled the Dalai Lama, took a deep breath, and told myself it just wasn’t meant to be. OK, that’s not what happened. I think I said loudly, “Seriously? What the <<insert appropriate expletive>>?” and then I cursed the book gods. This earned me a strange look from the man next to me, rightfully so.

Stomping out and dragging my bag behind me like a petulant child, I decided if I couldn’t get my literary sustenance, I might as well get actual sustenance. One dimly lit restaurant later, I watched other travelers pass by on their own quests for gates or food or maybe even books and I wrote this blog, on my phone.

When I was done, the story felt unfinished. I hadn’t completed my quest, but as I looked at my phone I realized there was another way. It wasn’t exactly the proper ending. In the proper ending, I would have discovered a tiny pop-up bookstore in the strange annex run by a mysterious woman with a gray hair and thick glasses. She also would not have had the book, but would have uttered some cryptic line like, “aren’t we always searching for a book we can’t find.” Feeling a tug in my stomach, I would have looked back at her one last time as I walked away, only to find she and her pop-up store had disappeared. Alas, this was real life. Goonies never say die, but sometimes they can buy ebooks.

Goonies never say die, but sometimes they can buy ebooks.

A waitress with a kind face and an exotic accent brought me a glass of wine and a salad. I tapped the “Buy Now” button under the picture for Clockwork Angel. Alicia Keyes crooned “No one” in the air around me. A calm washed over me. Maybe it was the search, maybe it was the wine, maybe it was the song, but I felt a wave of utter contentment spill over me in that moment. The lines of the book popped up my phone and started to read…