Let’s start in the murky waters of the ocean, where we see a large pair of…

10. Jaws, Peter Benchley – Did you know Jaws the movie was based on

Jaws the book? I’m not sure if it’s scarier to read or watch a giant shark terrorize people. I still panic sometimes when I wade out too deep in the ocean. In fact, I don’t even like to go further out than where my feet can touch!

9. Carrie, Stephen King – Here’s a great lesson for you folks, don’t drop a bucket of pigs blood on a girl with telekinesis. This won’t be the last time you see Mr. King on my little countdown. Several of his books have been made into excellent scary movies. The Sissy Spacek version is by far the best, although other versions have been attempted.

8. Let the Right One In, John Ajvide Lindqvist – This Swedish novel spawned not one but two film adaptations,

one Swedish and one American. Both were amazing, although I’m partial to the Swedish film version, maybe just because I saw it first.

7. Misery, Stephen King – (Here SK is again. You’ll see him one more time after this.) As much as I adore Kathy Bates, I can’t look at her without thinking of a sledge hammer and a foot.

6. The Woman in Black, Susan Hill – The film adaptation of this spooky story starred none other than Harry Potter (or well, Danial Radcliffe).

5. The Shining, Stephen King – Of course he’s on here twice and of course for this movie. It has so 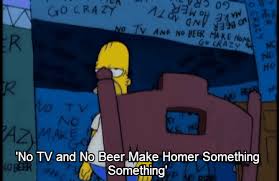 many memorable lines and two super creepy ghost twins. But, thanks to the Simpsons, when I think of this movie now I call it “the shinning” and am less scared than amused.

3. I am Legend, Richard Matheson – This movie has actually had 4 adaptations, one starring the amazing Will Smith. However, I think I found the Charlton Heston one the creepiest.

2. 30 Days of Night, Steve Niles – Vampires go to a town where there is no sunlight for 30 days and terrorize them. I’m still terrorized in my nightmares by this movie, especially that scene where the guy plays a record with his fingernail (shiver) even t

1. The Exorcist, William Peter Blatty – This may be one of the most terrifying movies ever, in my opinion. Now, I live in the DC area and as a teen we used to go to the “exorcist stairs”, an area in Georgetown where apparently the true story of the exorcist took place. I have no idea if it’s true or just an urban legend. But it still freaked me out!

One thought on “Journey in Scary: Terrifying Books that Spawned Terrifying Movies”