It’s Mischief Night! If you watched the latest episode of ‘Blackish’, then you are familiar with the night before Halloween. Although hopefully no one is really taking it to “purge” levels (funniest episode ever). If you aren’t familiar with Mischief Night, it’s a night of mild vandalism and pranks, typically perpetrated by teens. (Think TP houses, egging cars, smashing pumpkins, etc.) Mischief Night, infamously also called Devil’s Night, specifically in Detroit, has turned up in TV, movies, literature and music repeatedly over the decades.

Fun fact: Halloween eve is also known as Gate Night, Goosey Night and Cabbage Night in some areas of the US. I don’t think those names are nearly quite as terrifying. It’s also called “Mat Night” in Quebec, Canada and “Mizzy Night” in Liverpool, England.

the most famous work about Mischief Night is The Crow, a revenge story, graphic novel by James O’Barr, which is one of the best-selling independent black-and-white graphic novel of all time. IGN’s also ranked The Crow #37 out of the top 100 comic book heroes.

The popular graphic became a in 1994. (Side note: Actually, it’s a series of movies. One even stars Angel [David Boreanaz] from Buffy. The first movie is the best in my opinion.)

The dark, eerie movie version even has a dark eerie story. Brandon Lee, son of legendary martial artist Bruce Lee, starred as The Crow. At the time, he was a budding actor, poised to launch his career with this defining portrayal. However, during an early scene in the story the main character, Eric Draven, is murdered on Devil’s Night. Don’t worry, if you haven’t read the graphic novel or seen the movie I’m not really spoiling anything. The story revolves around a crow that ushers Eric back from the dead to “make things right” (i.e. revenge culminating on Devil’s Night one year later). 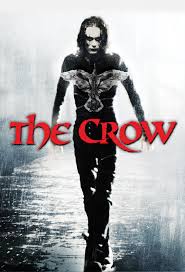 While filming of that pivotal scene, the character of Eric Draven is shot in the chest. Due to a mistake in preparing the gun for filming, a real bullet struck Lee in the abdomen and he died. Producers completed the film through the use of body doubles and special effects. The movie immediately achieved a cult following, at least partially due to the tragic circumstances surrounding the movie. (Admittedly, I follow this cult. I have seen this movie more times than I can remember. I’ve seen all the sequels. I even remember watching The Crow in the theater and who I went with, a feat for me since my teen year are a bit of a blur.)

“Victims aren’t we all.”

Other references to Mischief Night

On that note, Happy Mischief Night. Go grab a carton of eggs and go have some fun. Or close your blinds and lock your doors. You pick.

One thought on “Journey into Mischief: Halloween Eve”