Save the Books! Seriously, they’re in danger #BooksOverLooks

Whoopi’s warning to Molly in Ghost may have been funny in the movie. But the death of books is near and it’s really not so funny.

Why are books in danger?

Think of books like animals. Animals need somewhere to live. So do books.  We can’t take all the books into our homes and shelter them. Most, therefore, live in their natural habitat – the library. But now, that habitat is in danger of disappearing.

Yes, libraries may going the way of the coral reef and the arctic. Why? They are on the chopping block for federal funding and that means they could disappear forever.

Goodbye to the buildings that represent that we are an intelligent, thoughtful people.

Why are libraries an endangered species?

The Institute of Museum of Library Services (IMLS), which administers the federal library funding under the Library Services and Technology Act (LSTA), is one the list of agencies to be cut in the current White House budget.

Given the services libraries provide to all, the cut doesn’t seem to be worth it.

Let’s look at the numbers

In 2016, libraries received $230 million in federal funding. And that may sound like a lot.

Let me illustrate in pie chart form. That dark orange line in the middle you can barely see – that’s what 0.00006% looks like.

For a comparison, the White House budget this year is proposing $639 billion for the military (a 10% increase over 2016.)

But, every little bit helps, you say? Let’s look at that argument.

If every little bit helps, then maybe we should take a closer look at our representatives in government and their expenditures. Let’s start at the top.

According to the New York City Police Department, it has cost the taxpayers an average of $127,000 to $145,000 per day to keep Melania and Barron Trump in New York instead of the White House.

That’s an awful lot of money to pay to avoid changing schools.  If the two do eventually head to the White House at the end of June, the amount spent on keeping them in New York is projected to come to $8.6 million. If they don’t, it will be even more. Not quite in the $230 million range, but let’s keep looking at this.

The current President has spent more time away from the White House and is on track to pass President Obama’s entire 8-year travel expenditures in 1 year. What does that cost look like in terms of money? According to several non-partisan groups, each trip, usually to the Mar-a-Lago resort, costs tax payers about $3 million dollars. At the current rates of travel, estimates of for covering travel expenses and security costs of the President and his family outside of the White House range from $130 million to half a billion dollars or even over $1 billion over the next 4 years.

Any of those numbers would cover the cost or part of the cost to keep libraries funded.

But why care about libraries?

Maybe you already love books and libraries and don’t need convincing of their importance. But, if you’re indifferent or know people who are and the cost argument doesn’t work, let’s try something else.

Let’s talk about all the things libraries offer or provide that you don’t realize.

Are you a family values person? Then you should support your local library and not support people who want to get rid of it. Libraries offer many programs for families that help nourish knowledge and creativity in children, increase socialization and even expend energy.

Libraries offer a host of activities and programs for children, including

Where I live in Fairfax County, Virginia, the libraries provide tons of programs for kids. The Fairfax City library has a program where kids can read to therapy dogs. Where else could you find something like this? If libraries get de-funded the little girl who comes every week to read to dogs, which helps encourage her reading, will no longer be able to. 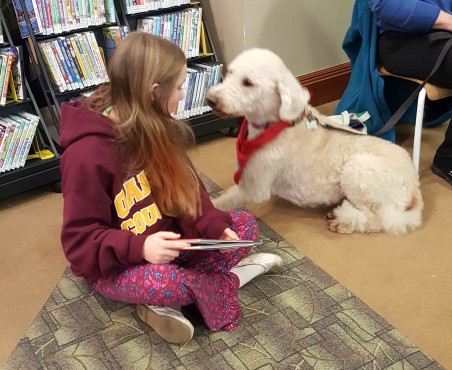 Libraries often offer classes, workshops and even one-on-one assistance to help people get jobs. That’s right, if you really care about jobs and helping people get jobs then you should support your libraries.

Are you someone who believes small businesses are essential for economic development? If so, then you should also support your public library. Libraries have a long history of serving local entrepreneurs and businesses. For example, the District of Columbia Public Libraries have specific programs devoted to helping small businesses, one is called the Enhanced Business Information Center (e-BIC) project, which includes business resources, a state-of-the-art video conference room for entrepreneurs to use, a full-time librarian for assistance, and staff-training workshops.

Other libraries across the US have similar programs and services aimed at helping small businesses.

We’ve all seen the computer banks at libraries, but did you know that many libraries have other technology that you can use and borrow? This could include

Not just books – Check out even more at your local library

Libraries are places where people come to know themselves and their communities. Here are just a few ways libraries help bolster communities 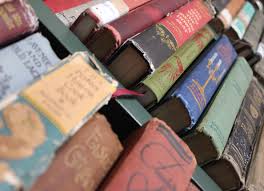 If you want to help…There are many ways.

Write or call your Congress representative and tell them you don’t approve of the current budget cuts.

Support organizations that fight every day to save this funding – http://everylibrary.org/library-closures-defunding-2017/

Support and help elect people who will preserve our nation’s culture. Libraries aren’t the only things in dangers. Whoopi’s going to be tired soon – because we need to protect our land, our oceans, our national parks and forests, our children, our libraries, our animals. Right now the only things we’re protecting are our delusions and lies.

You can help set it right.

I leave you with a quote from Keith Feils, head of the American Library Association, to ponder.

“The scary thing is that this could actually happen if no one does anything,” Fiels said. “Only a small band of brave individuals stand between this insanity and reality. Who are these brave heroes? They’re us.”

3 thoughts on “Save the Books! Seriously, they’re in danger #BooksOverLooks”