10 for Tuesday: 10 Famous Books You Might Not Realize Take Place in Chicago 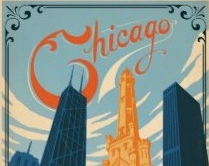 The Windy City. It has inspired songs, a band name, a Broadway show, and a very famous line from a very famous movie called The Untouchables. (“That’s the Chicago way.”)

It’s also the setting of many classic and popular books. Since I’m getting ready for a trip to Chicago this weekend for work, I decided to look up some of the most famous books that take place in Chicago.

I’ve read some of these, I may need to try to squeeze in another one before I get to Chicago on Friday. Any recommendations?

10. Devil in the White City: Murder, Magic, and Madness at the Fair That Changed America
Erik Larson

Author Erik Larson imbues the incredible events surrounding the 1893 Chicago World’s Fair with such drama that readers may find themselves checking the book’s categorization to be sure that ‘The Devil in the White City’ is not, in fact, a highly imaginative novel. Larson tells the stories of two men: Daniel H. Burnham, the architect responsible for the fair’s construction, and H.H. Holmes, a serial killer masquerading as a charming doctor.

An eighteen-year-old girl without money or connections ventures forth from her small town in search of a better life in Theodore Dreiser’s revolutionary first novel. The chronicle of Carrie Meeber’s rise from obscurity to fame — and the effects of her progress on the men who use her and are used in turn — aroused a storm of controversy and debate upon its debut in 1900. The author’s nonjudgmental portrait of a heroine who violates the contemporary moral code outraged some critics, including the book’s publisher, Frank Doubleday, who tried to back out of his agreement his firm had made with Dreiser. But others were elated — and Dreiser’s compelling plot and realistic characters continue to fascinate readers. 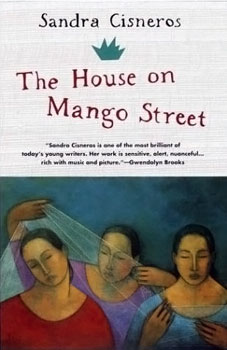 House on Mango Street is the remarkable story of Esperanza Cordero. Told in a series of vignettes – sometimes heartbreaking, sometimes deeply joyous – it is the story of a young Latina girl growing up in Chicago, inventing for herself who and what she will become. Few other books in our time have touched so many readers.

Right from the start, Bigger Thomas had been headed for jail. It could have been for assault or petty larceny; by chance, it was for murder and rape. Native Son tells the story of this young black man caught in a downward spiral after he kills a young white woman in a brief moment of panic. Set in Chicago in the 1930s, Wright’s powerful novel is an unsparing reflection on the poverty and feelings of hopelessness experienced by people in inner cities across the country and of what it means to be black in America.

6. The Adventures of Augie March
by Saul Bellow

As soon as it first appeared in 1953, this novel by the great Saul Bellow was hailed as an American classic. Augie, the exuberant narrator-hero is a poor Chicago boy growing up during the Great Deptression. A “born recruit,” Augie makes himself available for a series of occupations, then proudly rejects each one as unworthy. His own oddity is reflected in the companions he encounters—plungers, schemers, risk-takers, and “hole-and corner” operators like the would-be tycoon Einhorn or the would-be siren Thea, who travels with an eagle trained to hunt small creatures. This Penguin Classics edition, with an introduction by celebrated writer and critic Christopher Hitchens, makes a literary masterpiece available to a new generation of readers.

On March 2, 1908, nineteen-year-old Lazarus Averbuch, an Eastern European Jewish immigrant, was shot to death on the doorstep of the Chicago chief of police and cast as a would-be anarchist assassin. A century later, a young Eastern European writer in Chicago named Brik becomes obsessed with Lazarus’s story. Brik enlists his friend Rora-a war photographer from Sarajevo-to join him in retracing Averbuch’s path.

The novel that launched Turow’s career as one of America’s pre-eminent thriller writers tells the story of Rusty Sabicch, chief deputy prosecutor in a large Midwestern city. With three weeks to go in his boss’ re-election campaign, a member of Rusty’s staff is found murdered; he is charged with finding the killer, until his boss loses and, incredibly, Rusty finds himself accused of the murder.

The Cliff Dwellers was the first American realist novel to use the rapidly developing city of Chicago as its setting. Henry Blake Fuller’s depiction of social climbing and human depravity among the “cliff-dwelling” residents and workers in the new Chicago skyscrapers shocked readers of the time, and influenced many American writers that followed. With its frenetic pace and many interrelated stories, it remains a compelling document of Chicago’s social history, as well as a searing indictment of modern American life at the close of the nineteenth century.

Upton Sinclair’s dramatic and deeply moving story exposed the brutal conditions in the Chicago stockyards at the turn of the nineteenth century and brought into sharp moral focus the appalling odds against which immigrants and other working people struggled for their share of the American dream.

In Beatrice Prior’s dystopian Chicago world, society is divided into five factions, each dedicated to the cultivation of a particular virtue—Candor (the honest), Abnegation (the selfless), Dauntless (the brave), Amity (the peaceful), and Erudite (the intelligent). On an appointed day of every year, all sixteen-year-olds must select the faction to which they will devote the rest of their lives. For Beatrice, the decision is between staying with her family and being who she really is—she can’t have both. So she makes a choice that surprises everyone, including herself.