The Doting and the Dangerous: Mothers in Literature #HappyMother’sDay

It’s Mother’s Day! Let’s celebrate moms by highlighting the good, the questionable and the downright murderous moms in literature!

Most Likely to Treat You as Her Own

Although she could be called a bit too stereotypical, there’s no doubt that Mama Weasley loves her kids. The strong-willed mom of seven (yep seven!) takes in Harry as a surrogate son, knits funny Christmas sweaters and somehow manages to stay cheery. She doesn’t take things too seriously, but lays down the law when needed. She’s a pretty good mom role model, I’d say.

She works hard but is never too busy for her daughters. She never loses her temper, she never misses anything, and she protects her children while still allowing them to make mistakes and learn their own lessons. And, she was essentially, a single mother who raised 4 spirited, independent girls in a time when spirited and independent were not traits people wanted in girls.

Before she died in the book, Mama Bear Stark was a loving, strong, devoted and protective mother. Then after she’s betrayed and murdered in the aftermath of The Red Wedding, where her son died, she is resurrected from the dead and avenges the murder of her herself and her son. 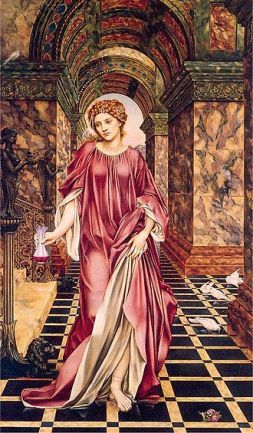 In the play called Medea by Euripides, Medea marries Jason (of Argonauts fame) and they have three sons. Jason abandons Medea when the King of Corinth offers his daughter Glauce for marriage. In the play, Medea avenges her husband’s betrayal by killing their children.

Anyone who kills their kids must be insane, but Gertrude has a different kind of insanity, one that may be genetic. She is clueless about her own son’s madness and more concerned about marrying her dead husband’s brother. (The brother who killed her husband.) Maybe if she’d been paying attention and given her son a little sane guidance, things wouldn’t have ended so badly.

Most Self-Involved and Most Neglectful

Corrine Dollanganger, Flowers in the Attic

After the death of her husband, Corrine allows her parents to move into their house and hides the existence of her 4 children from her father by keeping them in the attic. She rarely visits them, eventually remarries and abandons them to the care of a grandmother who tries to kill them by sprinkling rat poison on donuts. Wow.

3 thoughts on “The Doting and the Dangerous: Mothers in Literature #HappyMother’sDay”