Weekend at the Theater: Book of Mean Mormon Girls

I’m a geek of many things (books mostly), to which my multiple TBR (to-be-read) piles will attest. But I don’t typically consider myself a theater geek. In a good year, I might see two plays. Most years I see zero. This year, though, I’ve seen no less than seven. And two of those were this weekend.

Is this because I have rediscovered a love of the theater and have unlimited money (because let’s face it the theater is expensive)?

No, the truth is I am just really bad at scheduling.

A few months ago friends from my super awesome book club sent an email asking if anyone was interested in seeing a play. (If you’ve read my blog before, you know my book club is the stuff of legend. We call ourselves the Nightlighters, but I think we may need to change our name to the Yes You Should Be Jealous Because We’re the Best Damn Book Club Ever and Unicorns Wish They Could be as Awesome As Us.) Because it’s my book club, without even reading the name of the play or checking my calendar or doing any sort of due diligence, I immediately replied: “I’m in.”

Fast forward several months and I realized the play is the same weekend my husband purchased us tickets to see another play. When I realized this, I had a mini panic attack because, as I noted earlier, tickets for plays are not cheap. If the plays were the same night I’d need to pull some sitcom level misdirection where I try to attend both plays or eat the cost of one.

Lucky for me, one play was on Friday, the other was on Saturday. So, my poor planning turned out to be a fantastic weekend where I got to spend one night with my awesome book club and another night with my awesome husband. (My daughter sort of lost out in this scenario, but she enjoyed binge watching Ugly Betty so she’s fine.)

Both plays were musicals that tackle difficult topics and tear at the absurdities of humanity through humor. Both were in classic Washington, DC venues with plush seats and ornate ceilings.

That was where the similarities ended.

This is a musical adaptation of the movie Mean Girls, which is an adaptation of the book Queen Bees and Wannabes: Helping Your Daughter Survive Cliques, Gossip, Boyfriends, and the New Realities of Girl World by Rosalind Wiseman. It’s not a fiction book. But it inspired Tina Fey to write a movie script called Mean Girls. I’ve seen the movie. (If Tina Fey writes, stars or even smiles at something I read or watch it. She’s that awesome.) 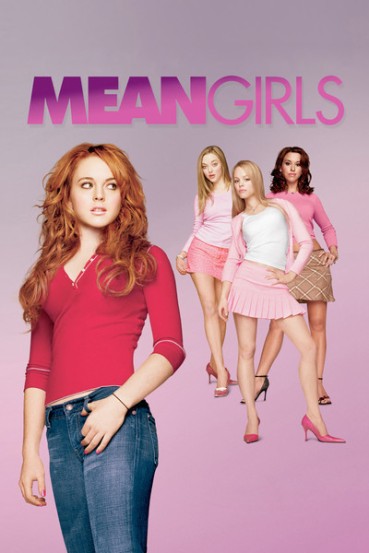 Although I enjoyed the movie, I went to the play simply because I love my book club. I didn’t have an overwhelming need to see something I’d seen before, just told in a slightly different format with singing.

That was a stupid way to think.

It didn’t matter that I’d heard many of the jokes before. I still laughed and ached and said to myself, “oh my god it sucks to be a teenager” and “some things never change, even when you’re almost 40.”

Even though I was familiar with the story, it didn’t matter. It was like a new take on a fairy tale or an adaptation of Shakespeare or Jane Austen set in some other era. (Looking at you 10 Things I Hate About You and Clueless). It had the essence of the original with a dash of something fresh.

Second up: The Book of Mormon at The Kennedy Center

If I were to say which of the two plays this weekend I was more excited to see, it would be Book of Mormon. Once upon a time, Book of Mormon was the Hamilton of the theater world (aka, the show everyone had to see and tickets were impossible to get and cost a million dollars.)

With Mean Girls, I had preconceived notions because I knew the story already. With the Book of Moron, I had other people’s post-conceived bias, like cryptic arched eyebrows indicating I needed to steel my resolve because I might be offended. Or more direct opinions, such as the person who told me to make sure I went to the bathroom before the show so I wouldn’t pee in my pants from laughing.

If you don’t know anything about Book of Mormon, the play was written by Trey Parker, Robert Lopez, and Matt Stone. Parker and Stone are the creators and writers of that little, sweet cartoon called South Park.  (Yes, I know it’s not a sweet cartoon. That was sarcasm.) Robert Lopez co-wrote the music for the musical for Avenue Q, a play both completely offensive and wonderful.

I had high hopes for Book of Mormon. My husband and I were ready to gasp and laugh and cringe and laugh. (This is us primed to love this play.)

So did I love it? Yes, I did enjoy it. But, honestly, it might have been a little tame. Perhaps that was because of all the warnings from friends and publicity it received from people lambasting the show for its offensive comedy. Perhaps it was because I have seen South Park and have found the show cringe-worthy-level offensive. Perhaps I expected the kind of jaw-dropping “I can’t believe they went there but I can’t stop laughing” sensation I had at Avenue Q. Perhaps I just expected too much.

Or maybe, I’m tainted by the current political climate. Maybe nothing is shocking anymore. Could it be that the world has become such a farce that even the farcical comedy of the always-aiming-to-be-super-offensive Matt Stone and Trey Parker are no longer shocking? (A little sliver of fear just slithered down my spine.)

Let’s raise an adult sippy cup and say a little toast, “Here is to the offensive comedy once again being able to be more offensive and ridiculous than reality. I hope it happens soon.”

In the meantime, The Book of Mormon was still entertaining and funny and I enjoyed it. I won’t let the man take that too!

Now I’m off to see a modern dance show. It really is a packed theater weekend for me! I love it!

2 thoughts on “Weekend at the Theater: Book of Mean Mormon Girls”