Book vs Show: Can a TV Show Ever be as Good as the Book?

In the last three weeks, I’ve fallen down The Mortal Instruments reading rabbit hole. If I keep up my current reading pace, I’ll have read all 6 books in the series in less than 3 weeks. It reminds me of the time I fell down the Sookie Stackhouse series reading rabbit hole. Every time I finished a book I greedily hit “buy the next in the series” on Amazon Kindle and started devouring the next one. It was an expensive book month.

Given my interest in The Mortal Instruments series, I decided I had to check out the TV show based on the books. It’s called Shadowhunters. In hindsight, I do not recommend starting to watch a TV series while you’re still reading the books. I can keep the plotline differences separate, but the TV show’s “take” on characters seeps into my imagination and I don’t like it.

I decided to look at some book vs TV adaptations and see how they measure up.

Cold:  Series is nowhere near as good as the books.

Hot: Really close to as good as the books or better.

I confess! I’m hooked on this series. I’m drawn in by the characters and the inventive world-building of author Cassandra Clair. My little pet peeve? The writing too heavily employs the “interruption” tactic. Every time someone is about to divulge anything important, they’re interrupted. It’s infuriating. But clearly effective. I do keep reading. This young adult novel series does what young adult novels do best, it focuses on characters and has a strong central theme of acceptance and understanding.

The Shadowhunters TV show based on the books is popular enough that it is going into the third season. (Full disclosure, I’ve only watched season 1.) I have mixed feelings about the show. I like that it doesn’t follow the book plotlines exactly.  I understand that TV is a different format. I think the showrunners understand this and adapt the storyline appropriately to the medium. I actually loved the episode where Clary goes into the other dimension and it has all these homages to things in the books that aren’t in the show. I also liked that the show interjects more diversity into the cast. Other than a central LGBT love story, the book only dabbles in diversity on the periphery.

My biggest issue with the show is the acting. I realize that’s a rather large issue. It’s overly dramatic and there a lot of close-ups of pained expressions and Clary and Simon have to hug every two minutes. I get it. They’re close. I also am just not feelin’ Jace, which is disappointing. I don’t think he really embodies the Jace I have in my head. Maybe it will be better in season 2. I’m willing to give it another chance. 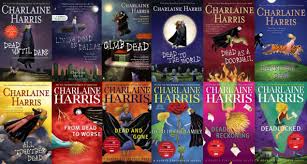 There are a whopping 15 books in this series and I read every single one. (As I mentioned earlier it was an expensive book month.) Like The Mortal Instruments series, the writing isn’t fancy. It’s the characters and the world-building that work here. Author Charlene Harris taps into all the different magical creatures and uses them well throughout the series to introduce new challenges and adventures while carrying the thread of Sookie and her main relationships from book to book.

You will know this show by the name of True Blood. The show is relatively faithful to the source material for the first two seasons and does a decent job of fleshing out plotlines and backstories based on the book. After season two, it shoots off in its own direction and while it skipped over my favorite book storyline, where they go to Las Vegas, it was still satisfying. As good as the books? I’d say no. But we’re getting warmer.

The TV series is great in its own right, although the last few seasons it lost a little of its spark. But it’s worth watching. The books are still better though.

I have only read the first book in the series. It’s a romance novel, not something I’d normally read. It was actually chosen for my book club. (Side note: One of the many reasons I love my book club is that it exposes me to books outside my preferred genres.) The book has an element of honesty about relationships and emotions I really enjoyed. Also, being someone who likes fantasy and sci-fi, I liked the time travel aspect. Sometimes it could go off on a tangent or two that seemed odd and I felt myself thinking “let’s get on with it already.” I also had an issue with the portrayal of gay men and constant use of rape as a plot device. But otherwise, I enjoyed reading the book.

Since I only read the first book, I am limiting this opinion to the first season, but I think it applies to all seasons. For me, the real strength of the show is the cast. From the actors who portray Claire and Jamie to the villainous Randall (the actor also plays the completely opposite character of Frank), all of the acting is fantastic.  In my opinion, it’s the actors who elevate this otherwise often melodramatic material and make it worth watching.

Rating: Hot (in more ways than one).

It is possible this is one of the few instances where I enjoyed the show more than the book. I’m limiting this opinion to the first season. The only reason the book may get more points is because it delves into more realistic interactions, particularly for the time period. It’s close, but I still might give it to the book. The first season makes it a tough decision though! 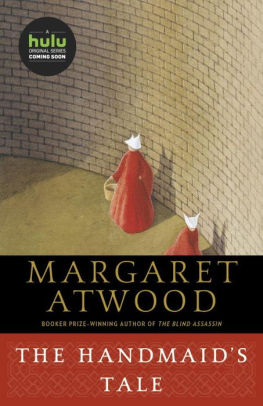 I’ve written on this blog previously about my love of this book. It’s not just the timeliness of its themes regarding women and how fear pushes us to slowly give up our freedoms until we are living in a world where we have none, but I also love it for its metaphors and lyrical descriptions. It’s a beautifully written, heartbreaking and terrifying dystopian novel that everyone should read.

I was ready to be disappointed in this show. It was on Hulu. Before this show, Hulu was not known for any original content. Not only was I not disappointed, I was enthralled. Like all great adaptations, it kept just the right amount of its source material while modifying and augmenting to fit the TV medium and length. The atmosphere, the acting, the slow unfolding of events, the perfect use of flashbacks, everything about this show is wonderful and faithful to the book’s emotional and thematic elements.

The first season of the TV series was incredible. And the source material is, well, a classic for a reason. I still think the book is better, but the difference is razor thin.

Note, this list is limited to books I’ve read and TV shows I’ve actually watched. I can’t comment on ones I haven’t! I know there are so many more – Vampire Diaries, Big Little Lies, Gossip Girl, The 100. I’d love to hear opinions from others on TV show vs books that are or aren’t on my list!

4 thoughts on “Book vs Show: Can a TV Show Ever be as Good as the Book?”