Disappointing Endings… That Managed NOT to Ruin the Book

Thanks to a certain TV show with an implausible, sudden mass murder, there has been much focus on endings lately. (Plus it’s that time of year – graduation time – so endings seem a fitting topic.)

The Game of Thrones (aka, GoT) ending is still too raw for me to discuss. I’ll just rant for 6,000 words and say all the same things everyone else said (because they’re true!) Too rushed. Total “mean girls” vibe with the remaining women. Killing Missandei at all! No believable build up to the “mad queen” and I don’t care how many “Easter eggs” the showrunners dropped foreshadowing it. Don’t get me started on Jamie going back to Circei. On that note, don’t get me started on Ser Brienne of Tarth writing Jamie’s story ending. Write your own story girl! There are enough dudes in that book! YOU were a badass. And, the final straw…Bran? Bran??!!! So. Many. Things.

OK. Deep breath. I’m over it. I totally am. I swear… I’m not still melting down over this even after several weeks distance. I’m not.

With that out of my system, I started to think about books (because they make me feel better).

Firstly, I will admit I never read the George R. R. Martin books. I know. I know.

My husband read them and they “broke him” as a reader (in that they were so dense he just wanted it to be over.) I seriously think he didn’t pick up another book for a year. That made me a bit afraid of them.

That said, given the disappointment that was season 8, part of me wants to read the books now with the hope that Martin will end the story in a more satisfactory way (or at least make the ending believable.) The book is always better right? They always have a better ending, right?

I wondered if I’d ever read any books or books series with such huge falls from grace as GoT. I’m thinking of stories I absolutely loved and then at the end basically did a WTF? A few came to mind.

Let me be clear. Writing is hard. Creating compelling stories is hard. The people who wrote these books (and the GoT showrunners) gave us 95% awesomeness. A poorly-conceived or executed ending couldn’t ruin the magic of the rest of the story.

That’s why I’m not calling these books or series with bad endings. I’m calling these: books I still love (and have re-read or would read again) despite their flawed endings.

Just goes to show you, even in imperfection there is greatness.

I loved this book. Like LOOOVED this book. While reading it, I gushed to my friends and family about the story of an unlikely pair who falls in love while riding the bus to school every day. It plucked every heartstring.

Then I came to the last ten-ish pages, which I won’t spoil. Casting my eyes over those lines, my brain went…Rainbow Rowell, that was not how you ended this otherwise incredible story, is it?

To be fair, I’m not sure she could have taken the plot in a different direction. But, like GoT, it felt rushed. I have no problem with stories that do not end wrapped in neat metaphorical bows, but the depth and attention paid to the characters and their love story felt shortchanged by the ending.

The ending, despite its flaws, cannot ruin such a wonderful book. I’d still recommend it!

The Ship Beyond Time by Heidi Hellig

The Ship Beyond Time is a sequel to Hellig’s first book The Girl from Everywhere about a girl and her father who can navigate through time in a ship using maps from different eras. It’s a really unique, interesting premise. I thought the first book was very well done. I enjoyed the characters, the mythology, the relationships.

While I found the twists and turns of her second book in the series nearly as enjoyable, the end was a bit muddled and confusing for me, almost forced. Time travel (and trying to change the past) is never easy in storytelling. Hellig gave herself some leeway by adding in fantasy realms and alternate worlds, but the entire explanation, in the end, didn’t quite click. Even with that, I really enjoyed the book.

I think someone needs to draw me a map of the ending, though. 🙂 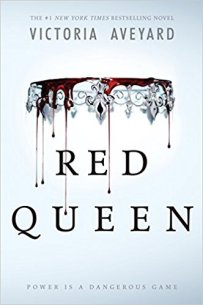 I’m sort of cheating on this one because I can’t say for 100% certainty the end of the series is flawed. I stopped reading after book one because I’d encountered so many opinions on Goodreads and other blogs about people’s dissatisfaction with the rest of the series.

I absolutely loved the first book and did not want to ruin that love. I plan to save myself from potential disappointment and just stick with the one. Just like I try to pretend GoT ended when Arya killed the Night King.

Back when Twilight was a thing, I Twi-harded or twi’d hard. (I’m not sure how to make that past tense.) I fell in love with book one, fell semi out of love with book two. Then I fell back in love again on book three. But oh, book four. I scratched my head with confusion when reading Breaking Dawn.

The movies did not help. They only accentuated the flaws in the narrative and characters, particularly of the last book in this feature. (At least the movie added in some semblance of a fight scene.) Anti-climatic and a little creepy (not in a good way) would probably be the best way to describe the final book. That did not stop me from re-reading most of the series more than once. One bad apple won’t spoil this bunch for me. Wink. Wink.

What does everyone else think? What books did you love, but wished the endings were different? Or feel free to tell me what you thought of GoT’s ending. I’d love to find someone who actually liked it to maybe help me find something good in there!