Journey in TV: The Simpsons Halloween Treehouse of Horror

One of my favorite Halloween traditions is watching The Simpsons ‘Treeho

use of Horror’. This year ‘Treehouse of Horror XXVII’ (The Simpsons’ 600th episode!) already aired on October 16. But it’s the year 2016 and if you haven’t seen it yet, it’s pretty easy to figure out a way. Or, if you prefer, check out one of the classic episodes from earlier seasons. Not sure which one to watch since there are 27 of them? Stay tuned and I’ll help you out.

What does this have to do with books, you ask? Well, The Simpsons has long been a huge influence in my life. My daughter’s 2nd birthday was even Simpson-themed. She had a Lisa cake and different stations devoted to characters from the Simpson’s, like Krusty’s Craft Corner, Itchy and Scratchy’s Water Playland (a slip and slide and a baby pool), Bart’s treehouse (a small tent with toys in it), and Disco Stu’s Dance Party play pen. (Yes, I spent a ridiculous amount of time drawing these and setting up these stations. Yes, I have problems and go overboard when throwing parties. Totally worth it!) 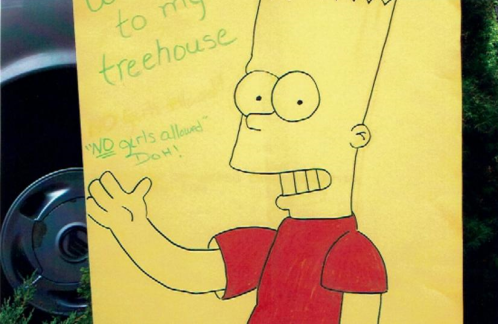 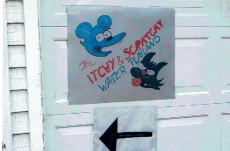 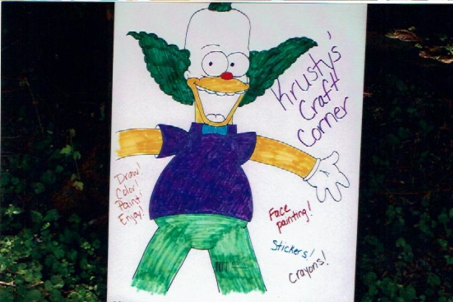 In our house you’ll also find Simpsons slippers, playing cards, watches, and Pez dispensers, to name a few. We also constantly quote the Simpsons in our everyday life. 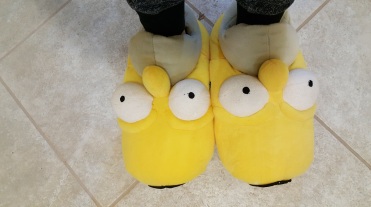 Therefore, it seemed kind of like a no-brainer that at least one of the characters in my YA book, The Travelers, would share in my family’s Simpsons obsession. That character turned out to be Marc. Why? He seemed like the most likely one to relate to the humor. For fun, can you guess which episode of The Simpsons inspired these lines from The Travelers? (hint: they are from both from the same episode)

So, since it’s Halloween and I am clearly a Simpsons junkie, I made a list of what I think would be Marc’s favorite ‘Treehouse of Horror’ episodes. He has a pretty good sense of humor for a fictional character in a YA novel about witches. So, these can serve as my recommendations if you’re looking to binge on some Simpsons Halloween horror fun.

I’ll give Marc’s top 5 since there are 5 more days until Halloween.

5. “Treehouse Of Horror II” – Original Air Date: October 31, 1991 – This episode parodies the Monkey’s Paw story and Frankenstein one episode. It also features great lines like. “I did not ask for your life story, pal! I asked how much?” and “Oh, I hate having two heads.”

4. “Treehouse Of Horror” – Original Air Date: October 25, 1990 – The original Halloween episode has a hilarious bit with the aliens Kang and Kodos and a cookbook that is classic.

3. “Treehouse Of Horror IV” – Original Air Date: October 28, 1993 – This episode features a re-imagining of  the classic Twilight Zone Nightmare at 20,000 feet. Except this time, it’s Bart who sees a creature no one else can see on the outside of the school bus.

2. “Treehouse Of Horror V” – Original Airdate: October 30, 1994 – A must-see episode that features several great lines, especially from The Shining spoof that has the classic line “No TV and no beer make Homer something something.”

1. “Treehouse Of Horror X” – Original Air Date: October 31, 1999 – This episode features Bart and Homer taking a rocket ship to the sun, Bart and Lisa turning into superheroes and Flanders becoming a werewolf. Also has some of the best lines: “Best. Death. Ever.” “Diddly”, “I’m not Xena. I’m Lucy Lawless.””Well, whenever you notice something like that, a wizard did it.”

One thought on “Journey in TV: The Simpsons Halloween Treehouse of Horror”