Journey in Music: My Characters Favorite Songs and the Songs They Secretly Love

Music is a huge part of my family’s life. We are one of those families that owns a record player. My daughter takes after her namesake, my grandmother, and plays a bunch of instruments. 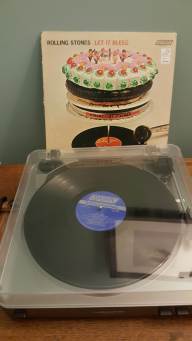 And check out all my pretty records. Is there a recordstagram? If not, there should be. 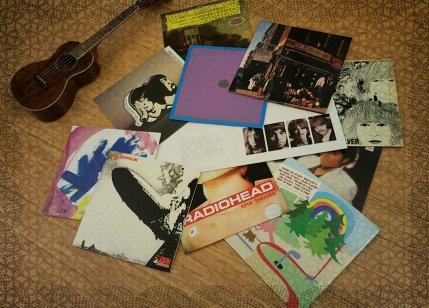 In my family, our tastes are eclectic but tend toward the indie rock genre. My current obsession is Banks & Steelz, a collaboration between the lead singer Paul Banks of Interpol and RZA from Wu-Tang Clan. This on the heels of Big Grams (Big Boi of Outkast+ Phantogram) and I nearly lost my mind with joy. One of my favorite songs is by a band called MGMT (song called Kids). And one of my favorite bands is Portugal. The Man. (Yep that’s the name, as in NOT Portugal. The Country.) Never heard of them? They aren’t super mainstream. But if you like the Beastie Boys, Mike D collaborated with the band on their upcoming album. (He also remixed one of the songs from their last album. Listen here.)  New song from their next album was also just released, if you want to check it out. And their last album was produced my Danger Mouse. Who. Is. Awesome.

OK I am music nerding out here. Bottom line, I kind of like music. So, now that we’ve established this, let’s get started shall we? This is going to be fun.