How did I not know March was Women’s History Month? Why am I just hearing about this? If you were also as clueless as me, here’s a quick history of women’s history month.

So, yay, another reason to love March! Now, let’s talk about women, specifically women writers! (And yes I am seriously embarrassed I had no idea about this. I guess social media can spread goodness too!)

I know I’ll probably write tons of blog posts on women this month because I’m super excited about this. But, let’s start with the obvious, since I’m a writer (The Travelers), obviously I love women writers. Here are some pioneers that you should read, including books you probably know and have read and lesser known works you might want to check out.

Mary Shelley had a pretty amazing pedigree. Her mother Mary Wollstonecraft, was a pioneer of feminism and author of A Vindication of the Rights of Woman. Mary Shelley wrote one of the most famous stories of all time, which has inspired numerous movies, shows and interpretations – Frankenstein. She published the book anonymously, likely because at the time women writers were not viewed favorably.

Book to You’ve Probably Read (if not, seriously, you need to): Frankenstein

Additional Suggested Work to Check Out: The Last Man, a post-apocalyptic science fiction novel about a world ravaged by plague.

Maya Angelou used books and stories to enlighten people and help change the world. She was an American poet, writer and memoirist. She published seven autobiographies, three books of essays, several books of poetry, and was credited with a list of plays, movies, and television shows spanning over 50 years. Arguably her most famous book, I Know Why the Caged Bird Sings, made literary history as the first nonfiction best-seller by an African-American woman. She received dozens of awards and more than 50 honorary degrees.

Book to You’ve Probably Read (if not, seriously, you need to): I Know Why the Caged Bird Sings

Additional Suggested Work to Check Out: Mom & Me & Mom, about her complex and difficult relationship with her mother. 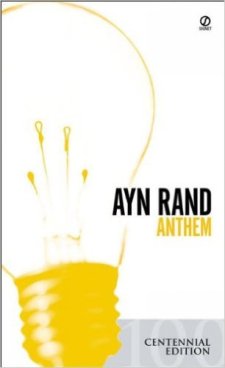 Any Rand’s books are heavily political and its often debated whether her novels are more fiction or more philosophy. She’s not exactly subtle in her ideas. However, she wrote my favorite book – Atlas Shrugged. And, although this book is often co-opted by super conservatives, I (a super liberal) have a rather different view of it. (I’m pretty sure she would not see what is happening right now as anything close to rational or intelligent.) However, isn’t that what makes books so amazing – interpretation? Regardless of how you feel about her work, she was a Russian-Jewish immigrant and viewed as a pioneer of libertarian movement. Historically, she was pretty incredible woman writer.

Book to You’ve Probably Read (if not, seriously, you need to): Atlas Shrugged

Additional Suggested Work to Check Out: Anthem, a dystopian novella that takes place at in a future where technological advancement is now carefully planned and the concept of individuality has been eliminated.

Born into a time when women were discouraged from achieving anything beyond a proper marriage, Edith Wharton shunned convention and became one of America’s greatest writers. She was a novelist and short story writer who wrote over 40 books in 40 years, including authoritative works on architecture, gardens, interior design, and travel. She received an honorary Doctorate of Letters from Yale University, and a full membership in the American Academy of Arts and Letters. She also was the first woman awarded the Pulitzer Prize for Fiction for her novel The Age of Innocence.

Book to You’ve Probably Read (if not, seriously, you need to): The Age of Innocence

Additional Suggested Work to Check Out: The House of Mirth 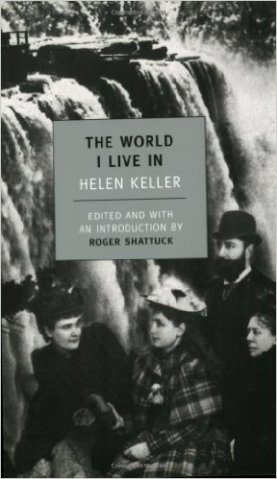 The story of Helen Keller sent my daughter crying with distress to the counselor at the tender age of 7. At the time, my daughter was so saddened by Keller’s disabilities she could only think about how awful it must of been for her. She couldn’t fathom how incredible it was that she overcame so much. (My daughter is pretty sensitive. One time she jumped up and down balling on the couch while watching Santa Paws because the clearly stuffed dog almost got smushed on a conveyor belt.) However, her extreme reaction underscores the importance of Keller, who though blind and deaf wrote 12 published books and articles throughout her life and changed the way the world views people with disabilities. Now that’s a pretty incredible woman.

Book to You’ve Probably Read (if not, seriously, you need to): The Story of My Life

Additional Suggested Work to Check Out: The World I Live In

A Vindication of the Rights of Woman, Anthem, Atlas Shrugged, Ayn Rand, Edith Wharton, Frankenstein, Helen Keller, I Know Why the Caged Bird Sings, Mary Shelley, Mary Wollstonecraf, Maya Angelou, Mom & Me & Mom, The Age of Innocence, The House of Mirth, The Last Man, The Story of My Life