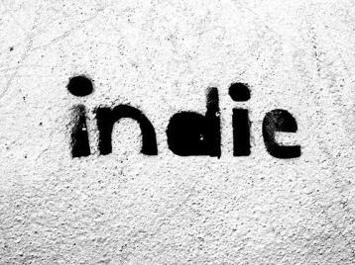 Indie. It is a shortened version of the word independent, in that it’s free from the giant corporate conglomerates that dominate the world. It’s a medium that’s free to experiment with and unconstrained by interference from those who care only about money, not art. Indie music. Indie film. You can find an indie version almost anything artistic.

What It Really Means to be Indie

There’s a generally unstated connotation with things that are indie – they’re not mainstream, they’re cooler, they’re the underground, they’re for the real lovers of an art. The word almost conveys a sense of elitism, in that if you are part of the indie underworld you know the unknown. Nearing snobbery, sure. But that’s the point. People want to feel special and connect with others who truly like what they like. “Indie” is a way to do that.

In a sense “indie” is also often the primordial ooze in which genius is brewed and where you can find “the next big thing.” Indie books are no exception. Think Miss Peregrine’s Home for Peculiar Children, from an indie publisher, or the book and movie hit The Martian, a self-published novel. However, indie writers, books and publishers don’t quite have that aura of coolness, or that special feeling of discovery that pulses from indie music or movies. If books are to survive, perhaps this is where it needs to go. Maybe it’s already heading there.

The Traditional Look at the Ho-Hum Outlook of Book Sales

If you read the statistics, the future of books can appear mediocre, especially for traditional publishers.

In contrast to this, sales for smaller indie book presses and self-publishing is on the rise, both for ebooks…. 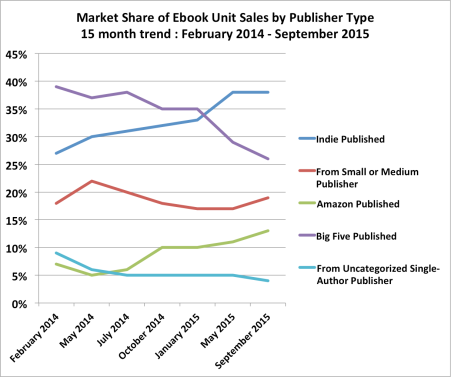 No, Not the Bookstores Too!

Recently, the CEO of Barnes and Nobles said without a “magic bullet” he couldn’t see the company lasting another 2 years. No more Barnes and Noble? Does this mean books are dead? Well, it’s not so simple, of course.

While the closing of any bookstore makes me sad, this example is an interesting juxtaposition against indie bookstores. Ironically, the independent bookstores, the ones that it was predicted would all die out once ebooks became commonplace, now seem to be the ones that are thriving.

Once upon a time, the rise of the ebooks seemed like a death sentence for not just bookstores but print books in general . It’s projected that total e-book sales revenue in 2018 will reach $8.7 billion in U.S. dollars, a 3,000%+ increase from a 10 years earlier. And, yet, in 2016 despite a lack of blockbuster books and a lot of “distractions,” (cough, election, cough) print book sales in the US rose for the third straight year.

Why? There are many suggestions for this, including an increased interest in coloring books. It’s probably, like everything, more complicated than that and due to many factors.

I’ll introduce my theory on one potential factor. Perhaps the love affair with ebooks reached it’s critical mass and now it’s leveling off. I tend to find that people who LOVE books, really LOVE books, like actual, physical books. Pew research agrees. A recent study showed that print books are still more popular than ebooks and numerous other studies have indicated that understanding and retention of information is better from print books vs ebooks.

So, Perhaps book lovers are returning to their natural state – print.

Personally, I like both versions. I find ebooks are great for travel or reading at night in bed when trying not to wake your significant other. They’re also convenient. If I really want to read that book I don’t have to wait until I can get to the bookstore or for amazon to deliver it. It’s instant gratification. But, I still prefer my print books and that’s what I tend to buy most. My guess is other book readers have similar sentiments.

Money for Nothing and Books for Free

There is another factor to consider. Book sales are flat across the board and down for traditional publishers, but that doesn’t mean people aren’t reading. In fact, some data indicates people want to read and may be reading more, they just don’t want to pay for it, meaning consumption of the free ebooks, many of which are not even tracked because they don’t have ISBN numbers, is on the rise. Essentially, traditional publishers are losing massively in the e-book sales market, especially with “sales” in quotes.

It’s possible the book industry might need to start learning from what happened to the music industry when free music sharing popped up everywhere.

So what’s the takeaway here? Market share for books is moving away from the big publishers to independent and self-publishers. Indie bookstores are on the rise, while traditional big books are struggling.

It certainly feels like a tipping point where the book industry is falling out of the world of its corporate overlords and into that realm of coolness, an inflection point where perhaps booksellers and readers want to consume something that’s not shoved down their throats by marketers but rather discovered in the dim corner on an old chair in a small bookstore in their town. It’s a time for the people who relish books that take risks, explore unconventional topics and break out of the traditional publishing shell. In the true sense of “indie,” people would trade book recommendations with a fervent, almost secretive intensity with others who share their love, saying things like “hey I found this this book by this indie author,” like they say “hey listen to this indie track I found online.”

It’s kind of an exciting prospect, this move into indie-ness, a new frontier, like when you read an amazing book for the first time and feel that chill run down your spine because it’s changed your life. Let’s see if it comes true…