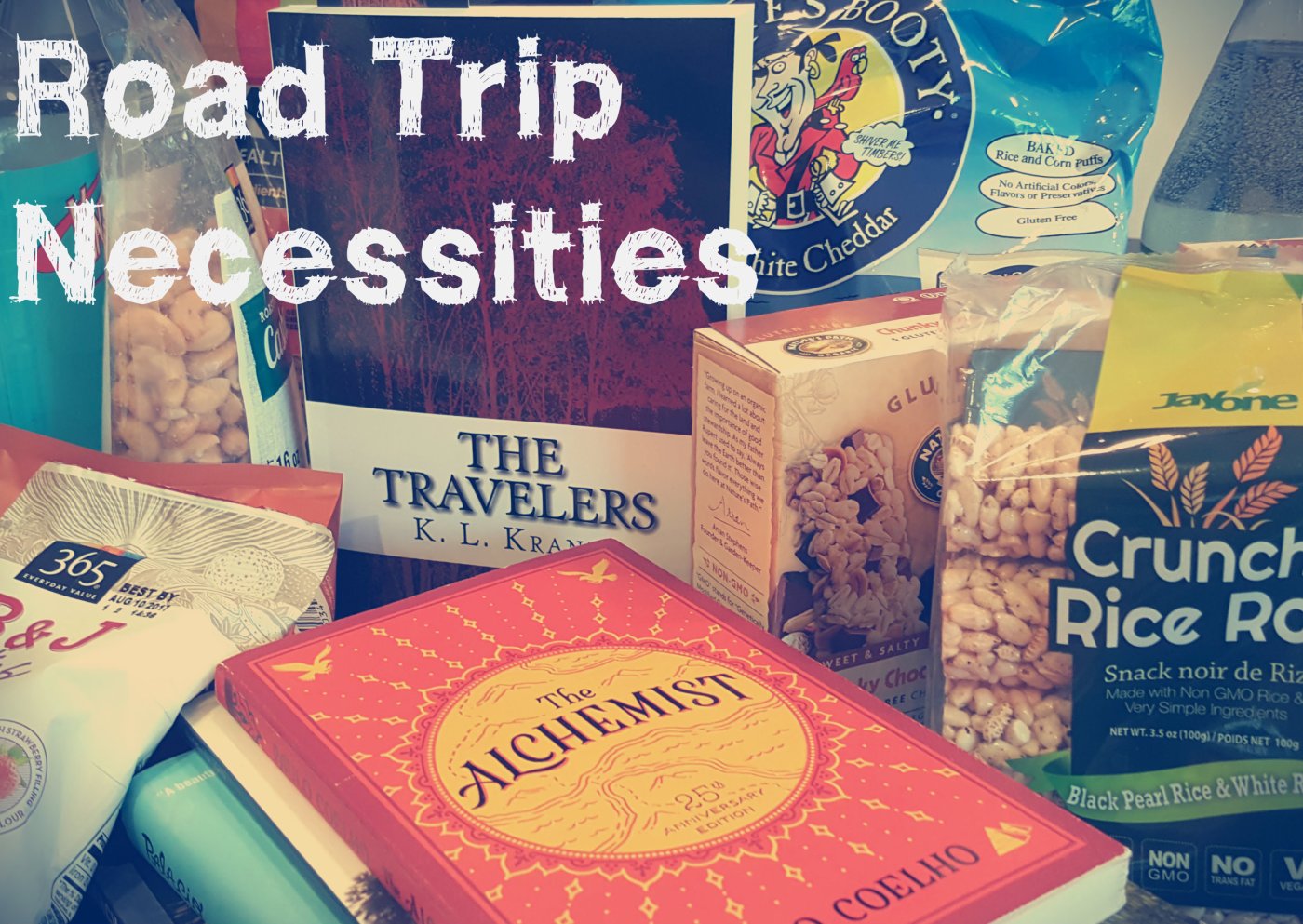 The end of the day today, somewhere between 2:00 and 4:00 pm, marks the beginning of Spring Break for many kids. And as the mother of a child in the Fairfax County public school system, that means it’s Spring Break for me too. (It’s much better to take off work than to spend the week watching your daughter skulk around the house with her phone and complain about being bored. We’ve got all summer for that.)

I am most excited to have 10 blissful days

where I can read and write with reckless abandon! I can’t wait to keep working on the sequel to The Travelers and to take Volume 1 on another trip (It’s now been to NYC, Atlanta and Dallas).

However, we’ve also planned quite an adventure that involves a little road trip action. So, alas, it won’t be only reading and writing for me. (But I’ll find time to fit it in!)

First we’re headed up to NY/NJ to see friends and family and look longingly at the city skyline, reminding it that some day we will return!

After a weekend of fun in the Garden and Empire states we’ll head back and pass right by Northern Virginia on our way to Williamsburg, where we plan to get our history on at Colonial Williamsburg. We might head over to Busch Gardens too and take in some roller coasters.

But first! The ever exciting trip in the car!

4 hours of music and snacking and probably a lot of strange jokes and reading!  In preparation for our road trip, I thought a book “mix tape” (or Ipod playlist for those of you who don’t like my dated reference) would be fun.

Here’s what I mean. If I was going to go on a very long road rip and needed the book version of a “mix tape” what books would I bring? For me it’s a book filled with longing and adventure, a book that takes you on a journey full of self-discovery, even if it’s not necessarily in a car and winding down a long road. It also needs to be a mix of old and new. Books I love and want to read over and over again like songs that never get old and new books I’m just discovering.

Here’s what I’ve got, plus songs that might go with my picks to make it a mixed mix. Would love to hear what others might bring!

Fear and Loathing in Las Vegas by Hunter S. Thomas 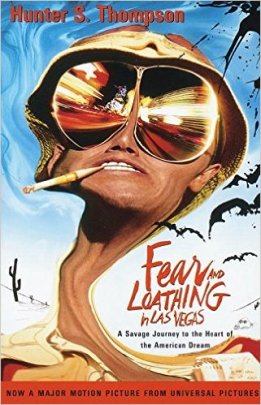 Why? Yes, it’s a little on-the-nose as far as choices go. But, other than Kerouac’s On the Road, it’s pretty much the most iconic road trip book of all time. I have to start with this one, right? I prefer this to Kerouac, it’s much weirder, which is saying something since On the Road is known as a counter-culture book. But I like weird. I’d include both in my list but I don’t want to bog it down with too many cliches.

What’s it about? This cult classic of gonzo journalism is the best chronicle of drug-soaked, addle-brained, rollicking good times ever committed to the printed page.  It is also the tale of a long weekend road trip that has gone down in the annals of American pop culture as one of the strangest journeys ever undertaken.

Best song to go along with it? How about the entire White album from the Beatles. I think that fits nicely.

Why? Every good mix needs a classic, for one. While this book is uber-disturbing it’s also really, really good and worth a re-read. Added bonus is that it includes on super-messed up road-trip.

What’s it about? Awe and exhiliration–along with heartbreak and mordant wit–abound in Lolita, Nabokov’s most famous and controversial novel, which tells the story of the aging Humbert. Humbert’s obsessive, devouring, and doomed passion for the nymphet Dolores Haze. Lolita is also the story of a hypercivilized European colliding with the cheerful barbarism of postwar America. Most of all, it is a meditation on love–love as outrage and hallucination, madness and transformation.

Best song to go with it? Is Edge of Seventeen by Stevie Nicks a little too gross for the topic?

Why?  This unique story by a journalist traveling the country and capturing the cultural rituals of Saturday nights sounds intriguing.

What’s it about? Susan Orlean was a journalist with a question: What makes Saturday night so special? To answer it, she embarked on a remarkable journey across the country and spent the evening with all sorts of people in all sorts of places—hipsters in Los Angeles, car cruisers in small-town Indiana, coeds in Boston, the homeless in New York, a lounge band in Portland, quinceañera revelers in Phoenix, and more—to chronicle the one night of the week when we do the things we want to do rather than the things we need to do. The result is an irresistible portrait of how Saturday night in America is lived that remains.

Best song to go with it? Hey-Ya by OutKast or Live Your Life by T.I. 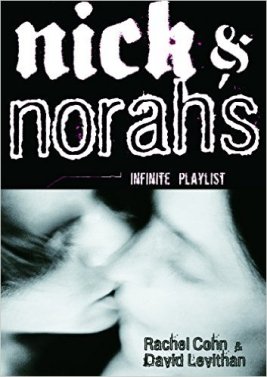 Why? Admittedly I’ve never read this book, but I saw the movie. I’d still like to see how the book matches up. This isn’t technically a road trip book, but it’s a trip of sorts filled with searching and yearning and it takes place in NYC.

What’s it about? It all starts when Nick asks Norah to be his girlfriend for five minutes. He only needs five minutes to avoid his ex-girlfriend, who’s just walked in to his band’s show. With a new guy. And then, with one kiss, Nick and Norah are off on an adventure set against the backdrop of New York City—and smack in the middle of all the joy, anxiety, confusion, and excitement of a first date.

Best song to go with it? Anything by Vampire Weekend

The Alchemist by Paulo Coelho 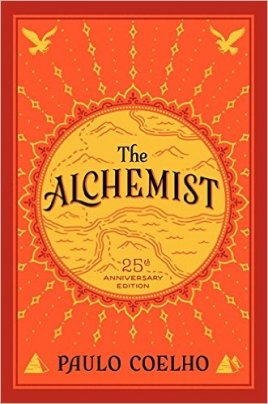 Why? Tale of an Andalusian shepherd boy who travels the world and finds it filled with magic and mysticism. Yes please.

What it’s about? Paulo Coelho’s masterpiece tells the mystical story of Santiago, an Andalusian shepherd boy who yearns to travel in search of a worldly treasure. His quest will lead him to riches far different—and far more satisfying—than he ever imagined. Santiago’s journey teaches us about the essential wisdom of listening to our hearts, of recognizing opportunity and learning to read the omens strewn along life’s path, and, most importantly, to follow our dreams.

Best song to go with it? Miracle Mile by Cold War Kids

Why? I have a confession. I’ve never read a John Green book and I have never seen a movie based on his books because I don’t want to ruin the books. If I were going on to pick one for a road trip, I think this would be the book.

What’s it about? Quentin Jacobsen has spent a lifetime loving the magnificent Margo Roth Spiegelman from afar. So when she cracks open a window and climbs back into his life—summoning him for an ingenious campaign of revenge—he follows. When their all-nighter ends and a new day breaks, Margo has disappeared. But Q soon learns that there are clues—and they’re for him. Embarking on an exhilarating adventure to find her, the closer Q gets, the less he sees the girl he thought he knew.

Best song to go with it? Crazy in Love by Beyonce and Fast Love by George Michael

Why? I read this book a long time ago and I feel like it could be time for a re-read. A road trip my be the perfect time.

What’s it about? Jamie Mays — a runaway wife toting along two kids — and Bill Houston — ex-Navy man, ex-husband, ex-con — on a Greyhound Bus for a dark, wild ride cross country. Driven by restless souls, bad booze, and desperate needs, Jamie and Bill bounce from bus stations to cheap hotels as they ply the strange, fascinating, and dangerous fringe of American life. Their tickets may say Phoenix, but their inescapable destination is a last stop marked by stunning violence and mind-shattering surprise.

Best song to go with it? Dead and Gone by T.I. feels very appropriate here. (Yes, I have a T.I. obsession.)

Zen and the Art of Motorcycle Maintenance by Robert Pirsig 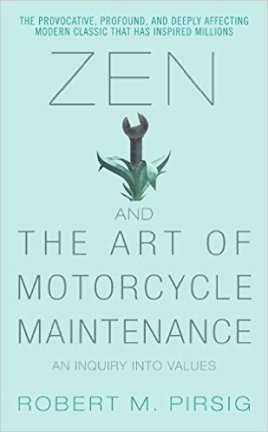 Why? Sometimes a road trip needs a dose of philosophy and I’ve always wanted to read this book.

What’s it about? An unforgettable narration of a summer motorcycle trip across America’s Northwest, undertaken by a father and his young son. A story of love and fear — of growth, discovery, and acceptance — that becomes a profound personal and philosophical odyssey into life’s fundamental questions, this uniquely exhilarating modern classic is both touching and transcendent, resonant with the myriad confusions of existence . . . and the small, essential triumphs that propel us forward”

Best song to go with it? Fast Car by Tracy Chapman or One Headlight by the Wallflowers

A Motor-Flight Through France by Edith Wharton 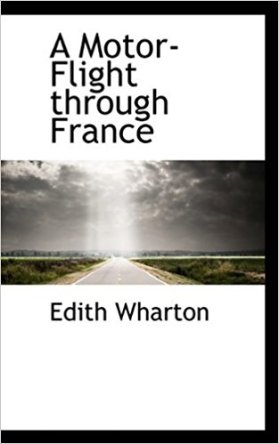 Why? If you’re going to road trip, you need pioneering feminist author along for the ride. Edith seems pretty perfect for the job.

What’s it about? A trailblazer among American women at the turn of the century, Edith Wharton set out in the newly invented “motor-car” to explore the cities and countryside of France. As the Whartons embark on three separate journeys through the country in 1906 and 1907, accompanied first by Edith’s brother, Harry Jones, and then by Henry James, Edith is enamored by the freedom that this new form of transport has given her. With a keen eye for architecture and art, and the engrossing style that would later earn her a Pulitzer Prize in fiction, Wharton writes about places that she previously “yearned for from the windows of the train.”

Best song to go with it? Here Comes the Sun by the Beatles

Anywhere but Here by Mona Simpson 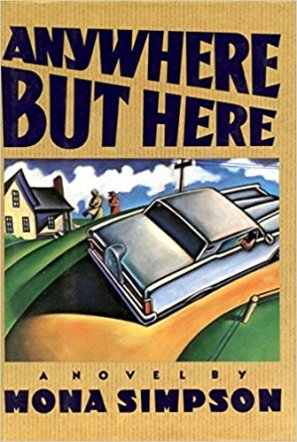 Why? As a mom with a daughter, I’m a sucker for a mother-daughter tale. (It’s one of my favorite things about Gilmore Girls!)

What’s it about? Anywhere But Here is the heart-rending tale of a mother and daughter. A moving, often comic portrait of wise child Ann August and her mother, Adele, a larger-than-life American dreamer, the novel follows the two women as they travel through the landscape of their often conflicting ambitions. A brilliant exploration of the perennial urge to keep moving, even at the risk of profound disorientation, Anywhere But Here is a story about the things we do for love, and a powerful study of familial bonds.

Best song to go with it? Born to Run by Bruce Springsteen