Traveling with the Travelers: 3 Days in Freeport, 3 Hours in Portland

My family and I are currently traveling up the New England coast. Our first stop was Salem, Mass. (You can read about it here.) After that stop, we drove up the coast and landed in Freeport, Maine with a quick visit to Portland, two very different and unique places.

This is part 2 of the summer 2017 edition of Traveling with The Travelers, a blog series I do whenever I travel. If you’re new to my blog, I named this series after my debut novel, The Travelers. I don’t know how many parts this blog series I will have as it’s been hindered by bad internet connections and, well, spending time on vacation.

Free to be You and L.L. Bean in Freeport 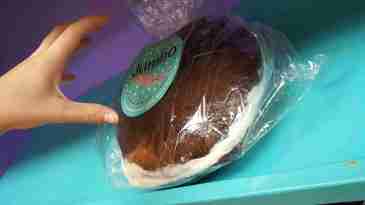 A first walk down the main street of Freeport, Maine feels a bit like an outdoor mall on Black Friday. The walk from the first traffic light marking the beginning of town to the one marking the end of town in less than 15 min.

On clogged sidewalks, shoppers tote handfuls of bags stamped with major retail chains such as Sperry Topsider, Calvin Klein and Brooks Brothers. However, the real retail prowess of the town is that it is the home of L.L. Bean. The giant flagship store takes up half of the 12 minute walk. It’s open 24 hours a day and there’s an outlet across the street. Its name tops signs for local festivals and a plaque about the founder sprouts up in front of an L.L. Bean restaurant.

This is a shopper’s paradise. However, since I’ve sworn off buying clothes and in general limit my purchases mostly to books, I worried we’d picked the wrong town. The name brand stores are so prominent I almost didn’t notice the soul of the city underneath. Almost. Digging below the surface are unique independent shops, like a place specializing in whoopee pies (biggest I’ve ever seen), an adorable bookstore with Maine-focused books and other locally owned stores.

Free to Roam Where You Want To

There is also much more to Freeport than the center of town. Trails weave along the coast in parks with pine trees and beaches. We spent three days wandering the town and surrounding area, including Wolfe’s Neck park where the trees meet the striped rocky coast. (Smiley side note: A very kind park ranger let us enter Wolfe’s Neck park even though we had no cash because people in Maine are seriously nice. We haven’t met anything but smiles and friendly faces.) 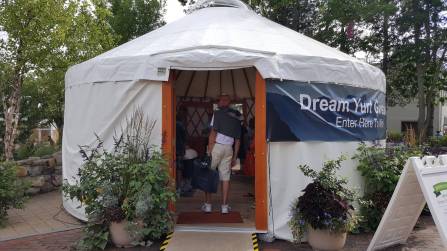 We fill our days with leisurely long walks and relaxing naps. We do succumb to the retail atmosphere and buy my daughter a backpack for school. Plus, L.L. bean had a yurt outside that further stoked my burning desire to own at tiny house. So we entered the giveaway to win it. (Yurt home here I come!)

While my family and I may not love to shop, we do love to eat. Freeport has several great restaurant, including Tuscan Brick Oven Bistro and Azure. The latter holds a special place in my heart because it’s where my daughter met her future self. When we noticed mentioned to our waitress she had the same name as my daughter (Ella) and identical green eyes, the older Ella quipped she was Ella’s future self come back to meet her. She even left us a note on the receipt. (It was pretty cute and yet more evidence of the wonderful, witty people in Maine!)

However, the best food in Freeport can be found at the edge of a peninsula, curving out onto the water. There sits a lobster shack that could come out of a movie about coastal Maine called Harraseeket Lunch and Lobster Company.

Travel tip: There are no shortage of B&Bs in Freeport. There may be more B&Bs or Inns per capita than any other town in the US. We stayed in a lovely one called the James Inn. The owners are lovely and welcoming. They guided us to activities that suited our personalities (e.g., food and pretty views).

From Freeport to a Big Port

Compared to the one street town of Freeport, our three hours in Portland are like jumping into the middle of a party. We land first on Commerce Street. Seagulls gather overhead like threatening clouds, squeaking and whining. My daughter thinks they’re cute. My husband calls them rats with wings, two very different outlooks.

The salty smell of the sea waves up from the marina and into the streets. Since we only have a few hours we opt for a city and lighthouse tour combination.

The tour takes us through all the neighborhoods where I yelled out “bookstore!” like kids call out punch buggy. We see a statue of Henry Wadsworth Longfellow and learn he had a pretty tragic life. Of course I felt worse for his wives. The first died in childbirth and second when her dress caught on fire. Longfellow got the burns on his face trying to save her, which he tried to cover with bushy hair and beard.

Turns out, fire is a pretty prominent theme in Portland. It destroyed major parts of the city not once, not twice, but three times, one time on 4th of July the year after the Civil War ended. While tragic, out of it a city rose a city of extremely resilient buildings. Basically, we learn a lot in an hour about the city.

On the Portland Ledge

The trolley takes us outside Portland and over a drawbridge to Fort Williams Park. It doesn’t feel safe for a trolley without seat belts or windows to go this fast over a bumpy bridge, but as the sea air fills my hair I don’t care. We drive up and stop at a soaring white lighthouse on the edge of Cape Elizabeth. It’s here, staring out at the airy blue sky fading into the crystal blue water, my husband suggests jokingly we should move to Maine. (I’m not 100% sure he’s joking.)

When we return to Commerce Street, we exit the tour and meander up to an area we liked during the tour, Exchange Street. We eat nearby at a restaurant called Evo with unique dishes we all love. 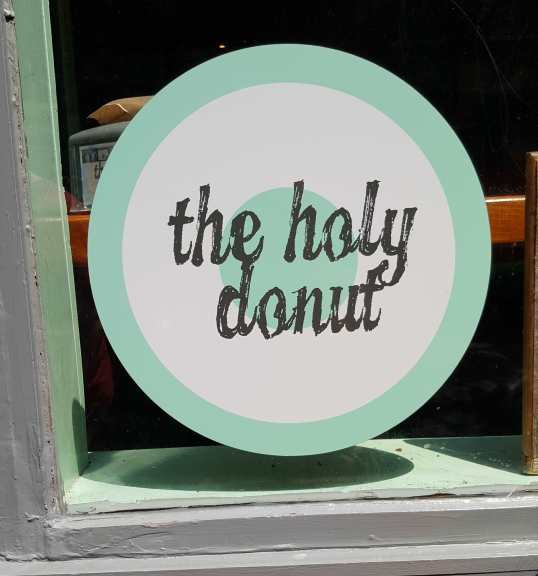 However, it’s the donut that captures our foodie hearts. When we sink our teeth into a Holy Donut, we can only manage to utter the words “this is so good.” The Holy Donut donuts aren’t just any regular donut. They are made from mashed potatoes (not potato flour, but mashed potatoes from farms in Maine). The gluten free coconut chocolate donut tastes so legitimately delicious I even forget it’s gluten free. Even my non-gluten free family confirms these are some of the best circular desserts masquerading as breakfast that exit on the planet earth.

As we return to our car and take one last whiff of the salty air, we’re not quite sure when or how or under what circumstances but we’ve fallen in love with Portland and we will be back. A bustling, quirky city full of great donuts and people just minutes from cliffs towering over blue ocean and crashing surf, beneath perfect skies with a cool breeze turning our cheeks pink instead of oppressive heat, I’ve already started looking at real estate.

One thought on “Traveling with the Travelers: 3 Days in Freeport, 3 Hours in Portland”