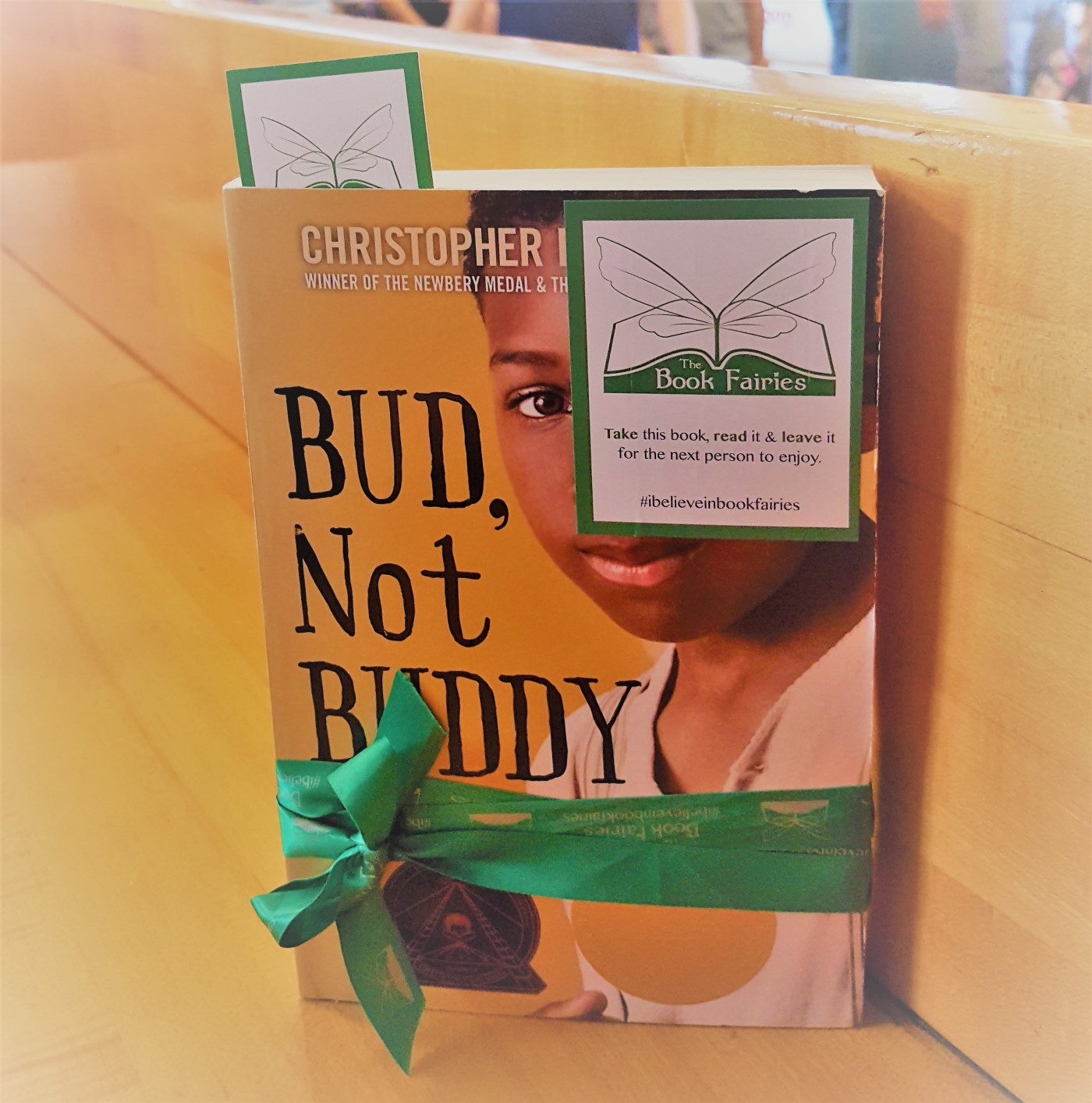 I recently came back from a road trip through New England (which I’ve chronicled on a blog series I’ve called Traveling with the Travelers). However, right before leaving on the vacation, I became a book fairy. Instead of waiting until I returned home to Northern Virginia to start my book fairy adventures, I decided to spread book fairy dust along our trek up the coast.

What is a book fairy?

If you’re unfamiliar with the book fairy movement, it’s essentially hiding books for people to find. “Leaving” might be a better term than “hiding” because book fairies want the books to be found!

Anyone can be a book fairy, all you need is a little book fairy “dust” (at minimum a book fairy sticker to put on your books.) See picture for my gear I received in the mail last month.

You can learn more about book fairies and buy book fairy materials to get you started here.

“Book Fairies are around the world, and could be anyone. They share a love of reading and a desire to share books with others!”

The book fairies are everyday people who love to spread the joy of reading. However, there are some famous people in the book fairy ranks, namely the wonderful Emma Watson, who’s been part of the movement started by Books on the Underground since the beginning.

The Book Fairies even partnered with Watson’s Goodreads page, Our Shared Shelf, to celebrate International Women’s Day 2017 by leaving copies of feminist books around the world. Watson has also hidden more than 100 books! 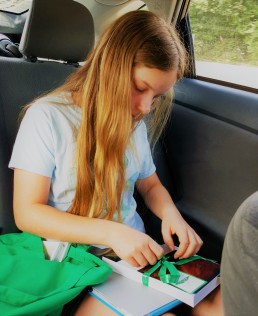 On our vacation through New England we stopped in many towns. And although we were on vacation, book fairies don’t take a vacation. That’s why my daughter and I decided to leave books at the various towns along our trip. Even my husband joined in on this adventure. Before we left, each one of us picked a book we wanted to “hide” on our trip.

During the car rides between our New England stops, my daughter would pull one of the books out of our book fairy bag, tie a bright green book fairy ribbon around it and place a bookmark inside. She’d write a little note on the first page to whomever might find it, including an email address we created for anyone who wanted to tell us about the experience. (No one has contacted us yet, but it’s early.) Then she’d smooth a book fairy sticker onto the cover. She had a hard time finding a place where the sticker wouldn’t cover up some important part of the cover (like the picture or the author’s name). I told her the title was the most important part! So she did the best she could!

Here are some pictures of our book fairy “hiding” spots.

The city of Boston is so big we thought it deserved two book fairy books! The first we left in the famous bustling market center of Boston, Faneuil Hall Marketplace.

Here we placed the book Bud, Not Buddy by Christopher Paul Curtis in the corner of a long communal table in the crowded food courtyard. This was the book my daughter picked out as her book fairy choice. It’s one of her favorites. 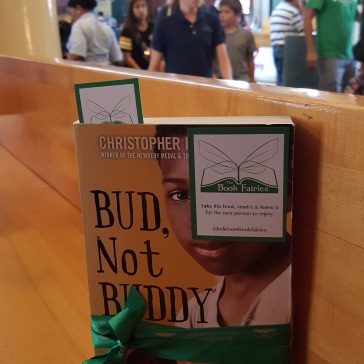 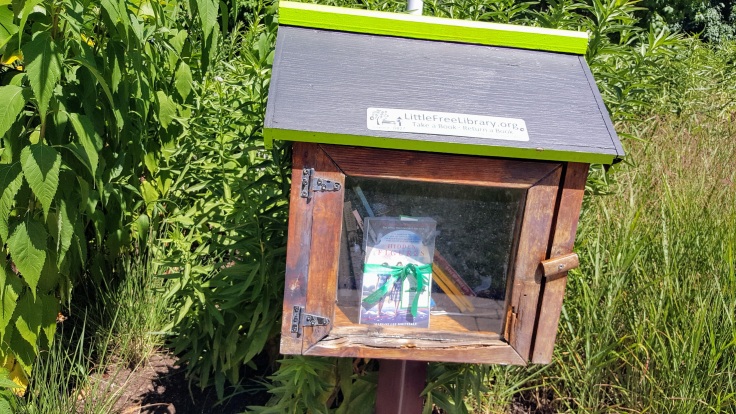 In this misty seaside town at the top of Maine where the blue ocean cupped the land, from a little gazebo at the top of a hill, we watched the sailboats rock in the waves. This was where we left Kurt Vonnegut’s book, Cat’s Cradle, my husband’s pick.

When we came back to the gazebo the next day, the book was gone! So someone picked it up! I hope he or she enjoys it and then hides it again for someone new!

If you ask anyone one thing they know about Salem, it won’t be that this coastal town was once the primary trading route with China and a key port in both pre-Revolutionary and post-Revolutionary times. Nope, they’ll say “witches,” which is (haha) perfectly fine with the locals we met in Salem.

They’ve embraced their witch heritage, making it a tourist attraction while also acknowledging and respecting the terrible history that underlies it.

The town even has real witches, who practice openly and seek to teach others about real magical ways. This seemed like a good place to leave my book, The Travelers, a YA novel about modern-day witches. We left it in a cute little restaurant that had a reading nook, just down the street from several Wiccan shops and a Wynott’s Wands (yes as in Harry Potter). And, yes, my daughter did stop and get a wand (a unicorn wand to be exact). 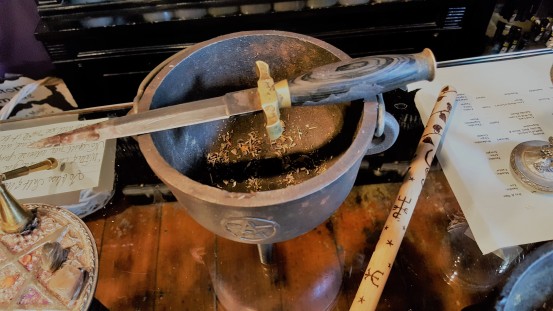 Thus ends my blogs about our trip to New England. It was full of food, fairies and fun (and sailboats and lobsters and history and beautiful ocean views.) And, of course, full of books. Glad I got to have a vacation without taking a vacation from being a book fairy too!