Sometimes There Should Only Be One: Sequels I Wish Were Never Made

Like the Highlander, sometimes there should only be one. If you’re unfamiliar with my arcane reference to the 1980s cult film, it’s about a bunch of immortal Highlanders who battle each other until only one is left.

The first movie spawned 5 sequels, a TV show, books, comic books and there may even be a reboot. But, there is nothing as good as the original.

My point is, in film, TV and literature people like to take something commercially successful and squeeze it for all its artistic juice until it’s dry and shriveled and nothing like it used to be. In doing this, does it ruin the integrity of the original?

Here are some potentially surprising books, films and TV shows that should have stopped at one.

Season one of this HBO show starring Matthew McConaughey and Woody Harrelson captured a moody, unhinged world of heinous crimes and the damaged people who solve them. It was a slow, eerie drive down a dusty road into a dark forest thick with secrets and lies. This noir meets modern day wild west was completely original and completely captivating.

Then came season two. Despite a stellar cast of Colin Farrell, Vince Vaughn and Rachel McAdams, it couldn’t capture the essence of how thin the line of morality is between those who do bad things and those who hunt the people who do bad things. Instead, it stepped over the line and stomped around, failing to demonstrate the type of vulnerability that makes even the bad people relatable.

Season two put a big ‘ole murderous stain on the original season in my memory. I wish it had stuck with season one only.

Joseph Heller’s Catch-22 changed the way I viewed literature. His use of absurdist metaphor and strange characters felt like the next iteration of Gulliver’s Travels. While it turned that humorous satirical lens on World War II, the social commentary about modern society, then the 1960s, still resonates.

It also has a sequel. Didn’t know that? Neither did I until recently. And, I’ve never read it because I don’t want to ruin the original book and here’s why.

The sequel Closing Time was published more than 30 years after Catch-22. Since the original book was about World War II, which 30 years later had been eclipsed in the cultural consciousness by Korea and Vietnam, Heller decided to set the novel in 1990s-era New York City. The novel follows characters from the original novel, delving into the difficulties of old age and mortality.

Unfortunately, the book didn’t receive a stellar reception. And while I applaud any writer’s genuine desire to continue the story of his or her characters, some classics should be left alone. 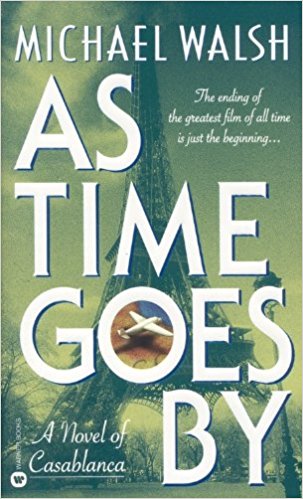 As Time Goes By

First, I have to tell you the Casablanca is my favorite movie of ALL TIME. (Yes, it deserves those capitals.) I love this movie so much I worked it into my debut novel (The Travelers). Even the mere idea of tainting this perfectly crafted tale is sacrilege to me.

But in 1998, for some reason, Warner Bros. couldn’t let Casablanca stand on its own as the best movie of all time. (It is, don’t argue.)  They hired author Michael Walsh to write a book sequel called As Time Goes By, which picks up where Casablanca left off. I will not sully the name of Casablanca by writing any more about the plot.

Apparently, upon reading the book, David Hinckley of  the New York Daily News wrote, “Rock-hard and stone-cold would be the heart untouched by Rick’s putting Ilsa on the plane with Laszlo, but I have never, not for the length of a firefly’s flicker, wanted to know what happens next.”

I think that quote sums it up.

When it comes to movies, there is no shortage of options in terms of sequels that many people probably wish were never made. But, the one I wish was never made isn’t a sequel, it’s a prequel. Yes, I’m going to go there, to a place that will be controversial: Star Wars: Episodes I-III (aka, The Prequel Trilogy).

This topic might be more polarizing than Donald Trump. (OK, that’s probably impossible. But it comes close.) I am on the side of the prequels should never have been born into film life. The entire three prequel arc, starting with The Phantom Menace (what an apt name), completely ruined the trifecta of awesomeness that was the “original” Star Wars trilogy of Star Wars (No, I will NOT call it A New Hope), The Empire Strikes Back and Return of the Jedi.

The original Star Wars trilogy captured a cultural zeitgeist that is nearly impossible to duplicate and I wish the prequels, at the very least, had stayed in a galaxy far, far, far away.

6 thoughts on “Sometimes There Should Only Be One: Sequels I Wish Were Never Made”