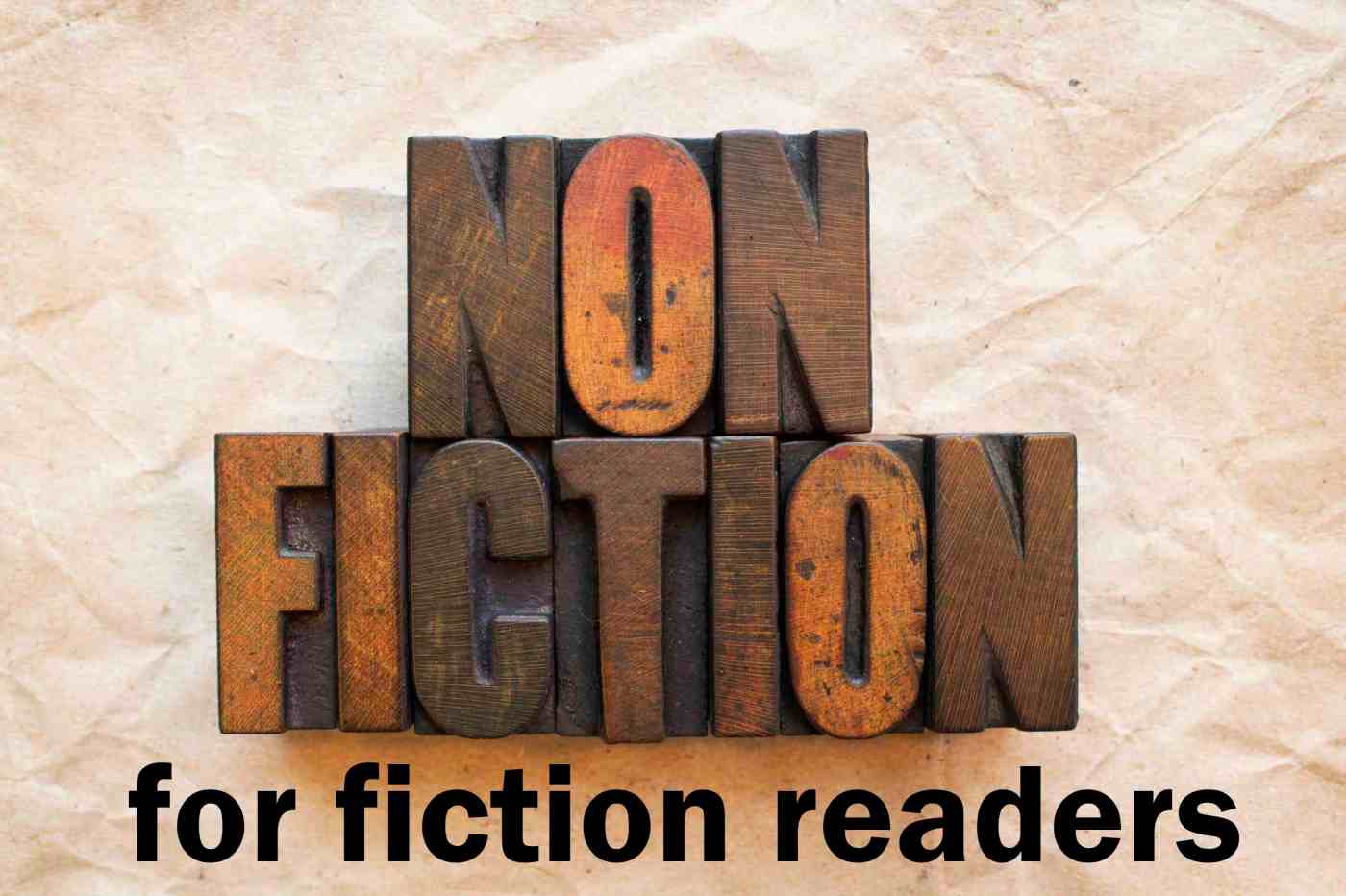 Some people read only fiction. Some people read only nonfiction. I read both. But if you asked me for my top 10 favorite books, there would not be a nonfiction book in the list. Maybe it’s because I’m a fiction writer. Or maybe there is just something about how nonfiction often fits into a narrative I find unsettling. I crave the predictability of the fiction formula even when I want unpredictability in a story. I’m complicated.

A recent conversation with my sister-in-law made me start thinking about my feelings about nonfiction. We started discussing books, which is my favorite kind of discussion, and my sister-in-law explained that she was feeling fiction fatigue. (Something I totally don’t get personally. I tried to empathize!) To try to help, I rattled off a few nonfiction books I really enjoyed. It was small, less than 10. I started to think about the difference between the nonfiction books I enjoyed vs the ones I didn’t. Why did I like those particular books and not others?

After assessing the nonfiction books I’ve read and putting them into buckets of loved as much as fiction or appreciated but would have been fine with never reading, I realized, not surprisingly, I tend to like the type of nonfiction book that has fiction elements and often reads like a fiction book with a strong narrative arch and flawed characters who have profound life changes. In addition, I noticed some specific themes to my nonfiction reading,

Reviewing my nonfiction shelf of my bookshelf, I quickly found a prominent theme: mystery. (Yes, I’ve organized my bookshelves in categories. One shelf is devoted to nonfiction, 4+ others to fiction. So you can see my ratio.) Whether fiction or nonfiction, books, TV or movies, I’ve always loved a good mystery. Like most people, the mystery of “what will happen next” often keeps me reading. But even deeper than that, I like the classic mystery story. As a Hitchcock fan from a young age, I preferred his Shadow of a Doubt films to works like The Birds. From Sam Spade to Agatha Christie, murder mysteries seem to be my jam.

Therefore, when reviewing my nonfiction library, I suppose it wasn’t surprising that some of my favorite nonfiction books center on mysteries. Here are some examples. 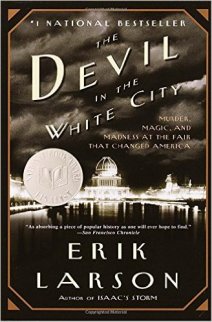 The Devil in the White City: Murder, Magic, and Madness at the Fair That Changed America

What’s it about? Daniel H. Burnham is the architect and H.H. Holmes is a serial killer masquerading as a charming doctor. The stories of these two very different men intertwine at the 1893 Chicago World’s Fair.

“Author Erik Larson imbues incredible events surrounding the 1893 Chicago World’s Fair with such drama that readers may find themselves checking the book’s categorization to be sure that ‘The Devil in the White City’ is not, in fact, a highly imaginative novel.”

The Poet and the Murderer: A True Story of Literary Crime and the Art of Forgery

What’s it about? Mark Hofmann began his career by forging and selling rare Mormon coins and quickly moved on to creating false, highly controversial religious documents that threw the Church of Latter-Day Saints into turmoil. But it was his infamous Emily Dickinson poem that would prove his greatest deception, stunning the art and literary worlds and earning him thousands from the most distinguished Dickinson scholars. It would also prove his ultimate undoing when his desperation to keep his greatest forgery a secret drove him to commit ever more heinous crimes-including acts of shocking violence.

Brain on Fire: My Month of Madness 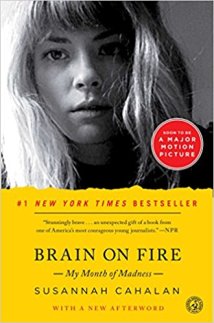 What’s it about? Although not a classic mystery, Brain on Fire is about uncovering a medical mystery. When twenty-four-year-old Susannah Cahalan woke up alone in a hospital room, strapped to her bed and unable to move or speak, she had no memory of how she’d gotten there. Days earlier, she had been on the threshold of a new, adult life: at the beginning of her first serious relationship and a promising career at a major New York newspaper. Now she was labeled violent, psychotic, a flight risk. What happened?

Other People and Other Places

Like with fiction, my nonfiction preferences tend toward a focus on other people and other places. I like to experience the world of those different from me and learn in the process, increasing my understanding of other people. Essentially I like books that feed my desire to understand and gain knowledge. I also noticed that my favorite nonfiction books in this category often have very fiction-type prose, even coming in poem form.

What is the What

What’s it about? What Is the What is the epic novel based on the life of Valentino Achak Deng who, along with thousands of other children —the so-called Lost Boys—was forced to leave his village in Sudan at the age of seven and trek hundreds of miles by foot, pursued by militias, government bombers, and wild animals, crossing the deserts of three countries to find freedom.

When he finally is resettled in the United States, he finds a life full of promise, but also heartache and myriad new challenges. Moving, suspenseful, and unexpectedly funny, What Is the What is an astonishing novel that illuminates the lives of millions through one extraordinary man. 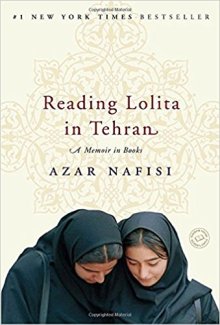 What’s it about? Every Thursday morning for two years in the Islamic Republic of Iran, a bold and inspired teacher named Azar Nafisi secretly gathered seven of her most committed female students to read forbidden Western classics. As Islamic morality squads staged arbitrary raids in Tehran, fundamentalists seized hold of the universities, and a blind censor stifled artistic expression, the girls in Azar Nafisi’s living room risked removing their veils and immersed themselves in the worlds of Jane Austen, F. Scott Fitzgerald, Henry James, and Vladimir Nabokov. In this extraordinary memoir, their stories become intertwined with the ones they are reading. Reading Lolita in Tehran is a remarkable exploration of resilience in the face of tyranny and a celebration of the liberating power of literature.

I Am Malala: The Girl Who Stood Up for Education and Was Shot by the Taliban

What’s it about? When the Taliban took control of the Swat Valley in Pakistan, one girl spoke out. Malala Yousafzai refused to be silenced and fought for her right to an education.

On Tuesday, October 9, 2012, when she was fifteen, she almost paid the ultimate price. She was shot in the head at point-blank range while riding the bus home from school, and few expected her to survive.

Instead, Malala’s miraculous recovery has taken her on an extraordinary journey from a remote valley in northern Pakistan to the halls of the United Nations in New York. At sixteen, she became a global symbol of peaceful protest and the youngest nominee ever for the Nobel Peace Prize. 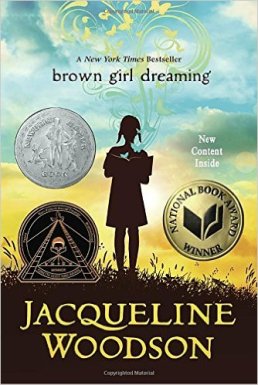 What’s it about? Raised in South Carolina and New York, Woodson always felt halfway home in each place. In vivid poems, she shares what it was like to grow up as an African American in the 1960s and 1970s, living with the remnants of Jim Crow and her growing awareness of the Civil Rights movement. Touching and powerful, each poem is both accessible and emotionally charged, each line a glimpse into a child’s soul as she searches for her place in the world. Woodson’s eloquent poetry also reflects the joy of finding her voice through writing stories, despite the fact that she struggled with reading as a child. Her love of stories inspired her and stayed with her, creating the first sparks of the gifted writer she was to become.

The moral here is that if you love fiction and read only fiction, don’t completely discount nonfiction. There are many nonfiction stories that can fill the same desires we have for fiction. I think I take back my first assessment that none of these books would make my top 10 favorite books. I think one or two might be on there.

best nonfictin, Brain on fire, Brown Girl Dreaming, Devil in the White City, Jacqueline Woodson, Malala, Mormon forgery, non-fictin, nonfiction, poet and the murderer, Reading Lolita in Tehran, What is the What

One thought on “Nonfiction Recommendations to Satisfy a Fiction Reader”