Return to the Women’s March

As I waited on the metro platform the day of the first Women’s March back in 2017, I was filled with a heady mixture of bewilderment, anger and the overwhelming desire to scream. Heading back to DC one year later for its anniversary, the anger and bewilderment have faded. Now I’m filled with much different emotions.

The Spark: A Look Back at the First Women’s March

After the election and inauguration of the 45th US president, it was as if the world had opened up and revealed a giant chasm of ignorance and hate and downright stupidity. It wasn’t that I didn’t know these things existed before, I just didn’t realize there was so much of it. I learned quickly, ignorance runs deep. Fear runs deeper.

These were the pained thoughts I had as I stepped onto the metro train on cool, sunny January 21, 2017, with daughter and friends by my side. As we chugged towards Washington, DC, the train filled with people until no one could move. The doors would open and riders would squeeze in until we thought it wasn’t possible to fit anymore and yet we did. We made room. It was a sign of what was to come.

Once my family and I arrived at the march we entered the crowd, dense and snaking down Independence Ave, absorbed into a mass of strangers who would serve as an elixir for all the despair in my heart.

…absorbed into a mass of strangers who would serve as an elixir for all the despair in my heart.

At that first Women’s March, protesters came in droves from all over the country carrying signs, wearing buttons, chanting. Every issue, concern, emotion bled out onto posters in the form of clever slogans and pictures. Global warming, immigration, anti-hate, education, equality, LGBT rights. No issue was left without representation on a flag of cardboard hoisted in the air. We came together and grieved.

Returning to the march this year, I wondered if it would feel the same. I had no doubt it would be a smaller affair in DC. This year even more towns across America organized their own marches. It’s also difficult to recreate the zeitgeist that swept through the US after the 2016 election and brought a wave of resisters to DC. It was a unique, powerful experience. Not one likely to be recreated.

As we sat on the train this year, there were fewer people, although many had on pink hats (including me) and signs, like last year. But it wasn’t the crushing mass of the previous year.

When we arrived at the mall. The reflecting pool sparkled between the Washington Monument and the Lincoln Memorial, the low water still frozen from weeks of frigid temperatures. On Saturday, though, temperatures rebounded to near 60 degrees. People basked in the glow of the sun and the warmth and a shared goal of a more positive, loving, accepting and ethical future.

Around the pool pops of pink dotted the crowd like candy-colored lights. This year, unlike last year where there were so many people it was impossible to get close enough to hear the speakers, we were able to listen. My daughter and I stood in the middle of the pool and it felt poetic. To be here again a year later, reflecting on the last year and reflecting the future.

My daughter and I stood in the middle of the pool and it felt poetic. To be here again a year later, reflecting on the last year and reflecting the future.

There may not have been as many people as 2017, but the crowd still surged, filling the walkway and grassy areas surrounding it. Speaker after speaker got up and gave powerful speeches on the steps of the Lincoln Memorial. They spoke of the importance of women and how we can change the world by running for office and with our united voices and votes.

As the speeches continued, the crowd grew restless. The Women’s March is a movement and we wanted to move. Finally, Joanna Lohman, professional soccer player, got up to the mic and ripped up her speech. Then she shouted, “It’s time to move” and quoted the wonderful Beyoncé with “Who runs the world?” The crowd screamed, “Girls.” My stomach swelled with a feeling I have trouble finding these days, hope.

My stomach swelled with a feeling I have trouble finding these days, hope.

People pulled up their signs and we marched to 17th street, headed toward the White House. This year there was a distinct difference in the tone and the posters. My husband noticed it first when he quipped, “I’ve never seen so many signs with women’s reproductive parts on them.” My husband is a very big supporter of women. He’s one of the few true male feminists. Although at the march he was in good company (see man holding awesome sign above). To these men, like my husband, I say thank you.

T-shirts and posters that read, “The Future is Female” abounded. This march was less of a giant catharsis of all worries and concerns. This year it was about women. A true women’s march. 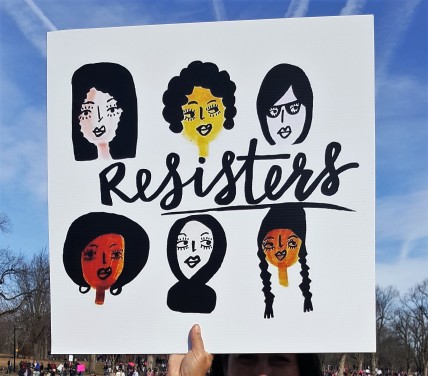 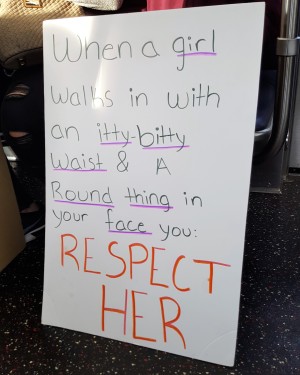 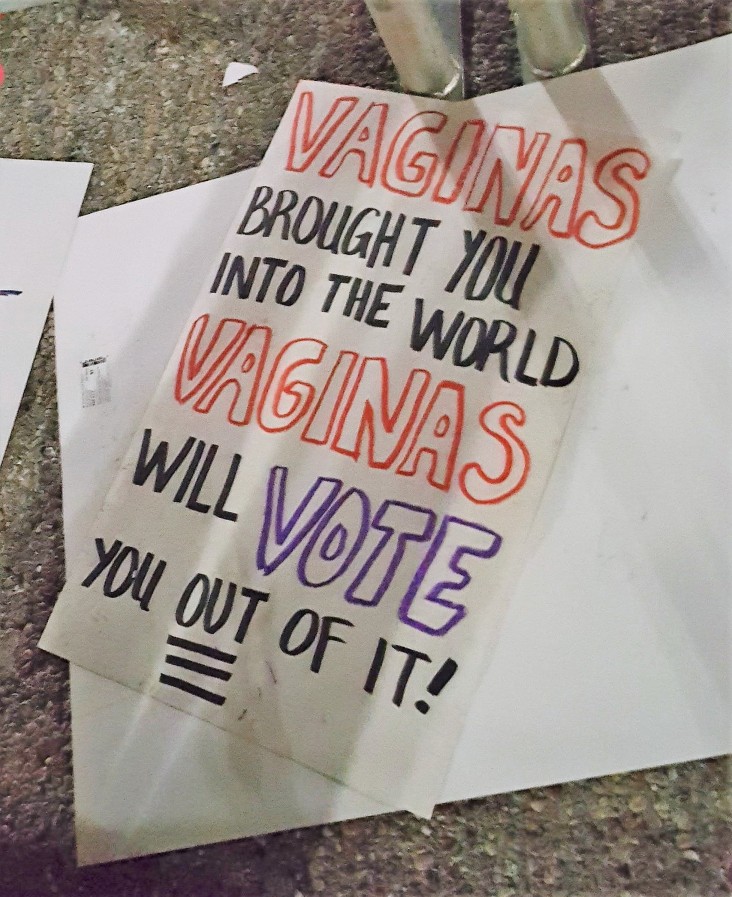 Later that night I happened to be back on 17th street. I walked the path of the march where signs had been left in front of the White House as a reminder that we were there and we’re not giving up. 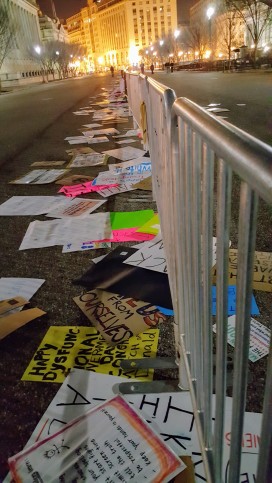 In the twinkling lights of the evening, the scene touched me because it’s true. We won’t give up. I don’t like to use the saying “I’m woke,” mostly because it is just completely grammatically incorrect and, as a writer, it just pains me. (Sorry I know that’s dorky.) But it’s true. Women have woken up and we’re not going to return to a state of complacent sedation again. As many of the signs said, the future is female.

I was proud to be at the Women’s March for the 2nd year.  And I will return every year as long as it’s needed until we fulfill the promise of the march as it was so well described by one of the speakers. I’ll march until there are no more firsts for women because women will be equal.

And, because it’s cute and heartwarming, I’ll leave you with these two dogs who marched along with us. (I’m a sucker for dogs wearing adorable, loving slogans.) 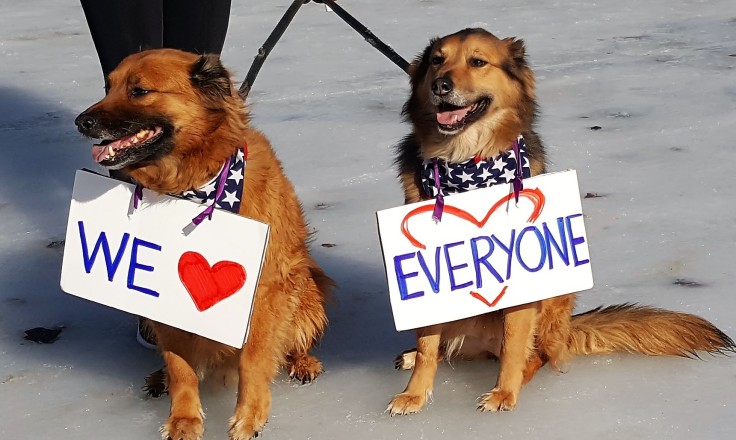 One thought on “Return to the Women’s March”