Where I live, just outside Washington, DC, the weather often dictates my day. And thanks to more volatile weather than I’ve ever seen before, it’s a fickle friend and foe these days. There were possibly two or three tolerable days when it wasn’t raining or 800 degrees, which made for a rather random month of activities and reading. But, I kind of like random.

Activities, even ones with books

When June had a nice, non-raining, tolerable day, I went out! Refusing to sit inside, I’d find any activity I could, no matter how weird or random, which is how I ended up going to unusual festivals and traveling to quaint, little towns. It’s also how I found a new bookstore!

Went to a fire festival…

Because when it’s really hot outside, the logical thing to do is have a festival devoted to fire? Sure, it doesn’t make a lot of sense. But it was fun. This event, hosted by a local artist enclave, featured food, art, dancers and a DJ. Well, it had a guy with a big speaker who played music from his phone.

It felt a bit like someone randomly woke up that morning and said, “hey let’s have a fire festival today. I have some friends who can dance with fire. We’ll get some glow sticks from the dollar store and bring some beach games from my garage.” Somehow it worked and my family, friends and I had a great time.

I discovered a new bookstore… 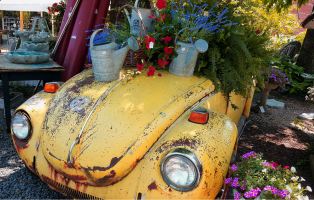 “It’s sunny out! Let’s go antiquing!” I said. Queue response from my family, which is a giant groan. After coaxing my husband and daughter out of the house, we headed to a little town called Leesburg, VA, which has antique stores that don’t smell like grandma’s attic. The kind where artists take old things and make them new and unique.

This little gem in the lower part of what I think is still considered Northern Virginia, aka NOVA (I live in NOVA but my understanding of theoretical geography is limited) also has several indie shops and restaurants with actual good food. And, as I discovered on my first trip, a bookstore! Unfortunately, Books & Other Found Things was randomly closed that day because the owner had to take care of a friend in need, at least according to the handwritten sign on the door. Could you get more adorable and small town?

Any normal person would say, “Oh cute,” return home and forget about the bookstore. Not me. When the next Saturday rolled around, despite looming dark clouds, I took advantage of my husband’s culinary-minded brain (he’d fallen in love with a mushroom burger at a restaurant called The Wine Kitchen) to coax him back to Leesburg. And after he got his mushroomy fill, we went back to the bookstore and this time it was open. 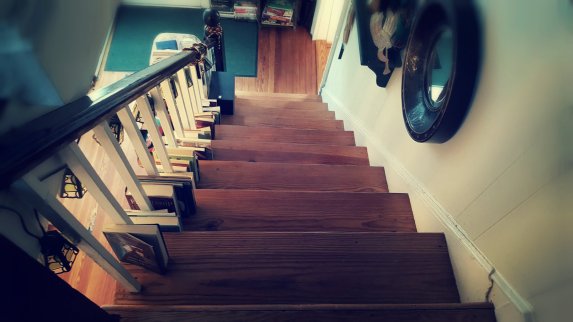 My husband dutifully read his phone in a rocking chair while my daughter and I climbed through old townhouse turned bookstore. It’s the kind of bookstore where local art hangs next to leather bound anthologies and books line the rickety stairs.

Of course, I bought three books (one of which is reviewed below in the book section).

I continued to blog and work on several manuscripts in June. Nothing interesting to report there unless you like hearing the boring details of editing manuscripts.

Here’s a quick summary of my June blog topics.

I watched three whole movies in June. That’s a lot for me!

It’s possible I liked this movie more than I liked the book.

There. I said it! And, this is saying a lot because I LOVED THIS BOOK SO MUCH!! This movie took the wonderful source material and somehow enhanced it when translating it to the screen. Not an easy feat.

It’s a modern John Hughes and, in my opinion, a nearly perfect movie anchored by the well-cast lead. I don’t watch many movies again these days, but I’d watch it again.

This spy book turned spy movie was not well-received by critics. But having just read the source material last month, I have to say I think I liked the movie better than the book. Although I didn’t love either one.

At least the movie made the motivations and responses of the female character more realistic. In the book, the female lead is essentially a construct of a male writers mind (ie, completely unrealistic).

You Were Never Really Here

Although this movie got rave reviews (and my husband loved it), I have to say it disappointed me. The vigilante with a traumatic past seeking to right past wrongs via vengeance has been done before…many times over and I think better.

Although cinematically the movie was very beautiful, if you want to see this type of movie done really well, see Old Boy (the original, not the silly American remake). That might be the best of this genre.

TV…I watched some of this too (thanks rain and super hot days!)

I don’t write about TV often because I don’t watch a lot of it. When I do it’s mostly re-watching old shows with my daughter. I’m pretty sure people are sick of reading my thoughts on Gilmore Girls, Buffy, Veronica Mars and Parks and Rec. (OK, really quick, they are super awesome shows with lots of girl power and they are just the best, period, no arguing!!)

However, in June I actually watched two shows made in this decade!

Let me be clear, I was skeptical of this show, especially the first half of the first season. If you like the Cassandra Clare books but watched the first episodes of the TV series and said, “what’s the deal with the toy swords that look like they came from the dollar store?”, you wouldn’t be alone. I nearly gave up watching. But, being obsessed with the entire Shadowhunters world, I persevered and I’m glad I did. Each season gets better and in season 2 they get real swords and actual special effects that clearly were NOT made by an 18-year-old intern.

I will warn you, however, Freeform just canceled the series, but there is a huge online campaign to save the show (#saveshadowhunters). If you don’t believe me that the show gets good, just check out the number of devoted fans doing everything they can to save this show. They might convince you.

In case you aren’t familiar with Voltron, it’s a robot made up of 5 lions and the defender of the universe. That pretty much explains it, right? And, no, it’s not like that stupid show Power Rangers. It’s way cooler and came before it.

As a child Voltron was my all-time favorite cartoon. To say, as an adult, I had a minor breakdown when I heard they remade it might be accurate, especially when I found out they changed things!! Who is this Shiro character? He’s not supposed to be the black lion! No, no, no. And why is Hunk overweight? His name is HUNK. Like, hey, I’m big and hunky. Again, no, no, no…

Then I watched it….Yes it’s a cartoon…Yes it’s made for kids…And, yes, I’ll admit it, the new Voltron is better than the original. It’s weird and funny and has lots of good girl power. I begrudgingly approve of (and actually like) this remake. Hunk and all…

And, finally… down the TBR…books I read this month!!!!

Now to the best part, or at least my favorite part of the monthly wrap up…Books! I read seven this month. I’ve been slowing down as the year has progressed. Seven to eight books a month seems to be my new average and I’m pretty happy with that. I’m still way ahead of my pace to reach 100 books for the year.

Here are the books I read in the order I read them.

Brief Review: I don’t love zombie books or movies. Luckily, this book was chosen for me and I didn’t know about the whole zombie thing when I started reading. It’s a great take on an alternate world where the Civil War gave way to a zombie war. The unique premise does an excellent job of exploring how prejudice takes root under any circumstances and what it takes to break the ties of slavery.

Book #2: Lincoln at the Bardo by George Saunders 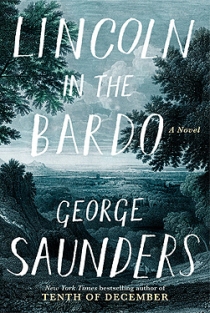 Brief Review: As I noted in a previous blog, this book is potentially one of the most unique books I have ever read. It fuses actual historical excerpts with a fictional ghostly tale about Abraham Lincoln and his dead son. I’m not sure that even really explains it well. When I finished reading this book, I felt like it changed my outlook on literature…I think that’s the biggest praise I could probably give a book.

Brief Review: I came across this book tucked away in the poetry section of a bookstore. Like with most poetry books, I open to the middle and if I like the poem, I buy it. I bought this because the poem I read was powerful, beautiful and terrifying. Written by the 2015 World Poetry Slam Champion, Emtitha Mahmoud uses beautiful words and imagery to unmask the terror of genocide, racism and Islamophobia, and yet, somehow leaves the reader feeling hopeful.

Book #4: As I Descended by Robin Talley 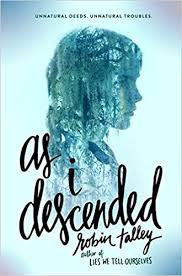 Brief Review: This modern, teenage take on Macbeth is fast-paced and fascinating. Although it’s not perfect, it’s an exciting psychological read that looks at the toll social and academic pressures can take on teens and how easily people can misjudge each other. Oh, and it’s a Shakespeare update, so bonus points!

Brief Review: Even though I knew every twist before it happened, I didn’t want it to happen. I wanted to be wrong. This made for a very exciting book, even if I might have “eye” abilities when it comes to plots. That said, I don’t have any desire to read the rest of the series…Not sure why. I feel like this book was enough.

Brief Review: Even Shakespeare could spot a tyrant (and they look very familiar). Tyrants have been around for as long as humans have existed…Shakespeare and countless others in fiction and non-fiction have documented how they come to power and what they do once they get there. So why do we keep letting them ruin our world? That’s the scariest takeaway of this book. We, clearly, never learn…doesn’t bode well for current societal trends. 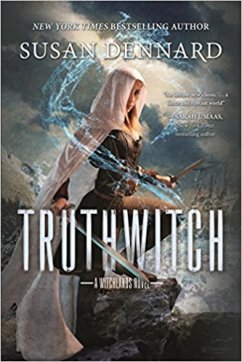 Brief Review: Although this book had a slow and very confusing start, once I pushed through it was very entertaining. My favorite aspect of the book was the friendship between the two main characters. For any girl (or boy) who has had a true best friend, you’ll relate their fierce loyalty and love for one another.

Phew, that was a lot to cover!