By the reaction to Marie Kondo’s approach to weeding out the excess material things in life, including books, you’d think she suggested a Fahrenheit 451-level assault on literature. I have never read Kondo’s book or watched her show. (And, I was just struck by the odd irony of getting rid of books based on something that’s in a book…) That doesn’t mean friends and the internet have not educated me on her general approach: get rid of things that don’t bring you joy.

First, I appreciate her concept in general. I understand how the simplicity of her approach can help many people looking to de-clutter their lives. If it were up to me, 50% of my house would go in the trash. In fact, I dream of the day when I jettison nearly all my possessions (except books) and move into a tiny house. In my mind, my tiny house looks something like these: 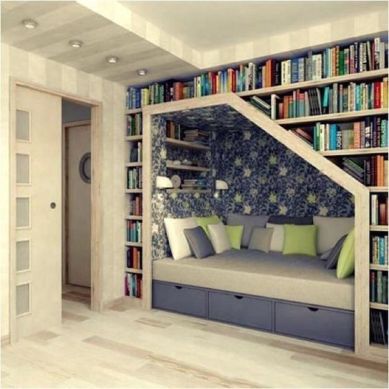 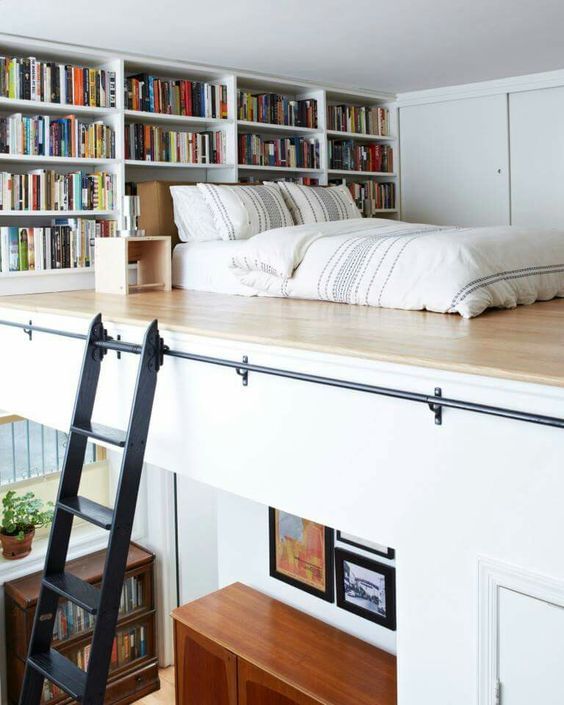 However, I am not a single lady and exist as part of a lovely, but semi-hoarding, family (not REALLY but they do like to keep their stuff) and the whole process of forcing them to get rid of “things” is just not worth the effort.

This is all to say, I am not averse to Kondo’s “toss it!” approach. Like many people I have seen and read about, though, I do take issue with applying this method to books.

In case you haven’t heard about Marie Kondo yet, she wrote a book called The Life-Changing Magic of Tidying Up, which sold really, really well. Soon everyone was hugging their sweaters to determine whether they stay in the closet or get sent to a donation bin. Followers of Kondo’s tidying principles even call themselves Konverts. (Honestly, that’s a little cult-y and creepy.) Netflix followed up by giving her a show called “Tidying Up With Marie Kondo” where she demonstrates how to put the “KonMari method” into action.

The basic principle of her method is this: Keep only what “sparks joy,” discard everything else, and assign a home for everything within your home.

Sounds simple and logical. Well, not for everyone.

What “sparked” such outrage among the book-lovers of the world? Well, in one episode of her Netflix show episodes Kondo says, “Take every single book into your hands and see if it sparks joy for you.” Essentially, if it doesn’t, get rid of it. This was such an outrageous concept several media outlets weighed in on the matter.

Based on the backlash, I imagine Kondo has since tried to clarify her stance (because what kind of monster would tell people to throw out books???). That said, the general premise of her method strikes me as a bit too oversimplified to apply to every single aspect of life. Applying the “spark joy” method to books devalues the purpose and the underlying intellectual fulfillment of reading.

As an avid reader and collector of literature, I have many books that don’t “spark joy.” For example, Night by Eli Wiesel or What is the What by Dave Eggers are not books I look at on my shelf and think “wow,  joyful.” (If either of those books spark joy in you, there is something deeply, deeply wrong.) Still, I would never get rid of such incredibly impactful pieces of literature. Both had a profound effect on my understanding of humanity and the world. They are extremely important to me and I would never, ever throw them out (or give them away.)

The following are a few other examples of books that do not spark joy in me, but I would never toss away for reasons that are way more complicated than the KonMari method seems to allow for.

The Years of Lyndon Johnson (4 Book Series) by Robert A. Caro

Of all the past presidents, other than Obama, I find Lyndon B. Johnson the most fascinating. (Before 2016, he may have held the title of most crass and egomaniacal president. Pretty sure he has now lost that mantle.) I realize he is a strange choice. However, Johnson was a unique man and one of the most effective legislators of all time during his tenure in Congress. Although complicated and interesting, reading about him did not spark joy. Rather, the books, which are big enough to serve as brick foundations for a house, represents a significant and in-depth growth in my knowledge of history and politics. Again, I’d never toss them.

This book sits on my shelf with a bookmark about one-third of the way through. I did not finish it or even come close. Having loved the Odyssey, I was excited to dive into this book, once called “the most prominent landmark in modernist literature.” The partially read tome definitely does not spark joy in me. Instead, a sort of angry annoyance overwhelms me when my eyes flit across the spine, both at myself and at the book. Apparently, I am not smart enough to “get” this book and I kind of like the reminder I am not smart enough to get this book. Ulysses existence on my bookshelf humbles me whenever old sensations of lit snobbery brew in my mind. It may not spark joy, but there is no way I’m tossing that book. It’s my white whale in a way…

Bridge to Terabithia by Katherine Paterson

This book was my first heartbreak. I remember crying uncontrollably when reading the end for the first time as a child. When I re-read it as an adult, I had the same tearful reaction. No, joy was not felt in response to this middle-grade classic. However, it sparked much stronger emotions and an appreciation for friendships, love and life.

I suppose my point is, while the KonMari method provides a simple means for streamlining your life, sometimes we can oversimplify and lose important nuances. And, most importantly, perhaps we should not weigh every piece of your life on the same scale.

Lastly, before someone says you can read these books on a Kindle. I’m sorry, I just prefer reading and owning real books. THAT brings me joy.

Let’s chat: Anyone else have opinions on Kondo’s “sparking joy” approach to life and books?