What’s in a Name? Surprising Reasons for Character’s Names in Famous Books

“What’s in a name? That which we call a rose
By any other name would smell as sweet.”

But, if his name were Snotty McPoodle, he’d probably be in a very different book by a very different author because author’s choose their names very carefully. When I wrote The Travelers, I specifically chose the last name Bennet as an homage to Jane Austin.  Other names I chose for their meaning, literary reference and, in some cases, as personal references to people who influenced me. However, there was always a reason and it was always related in some way to the traits of the character I’d created in my head.

Authors choose names for various reasons, but there is almost always a reason.

Names with a Personal Connection

I’ve read several authors claim they chose names because it is a name they would have given to their own child. This makes sense. Characters are like children we’ve grown with and developed.

So which characters in famous novels were named for this reason?

Sometimes authors are being funny or punny when choosing names. Here is one example from an iconic book and film.

Dorothy Gale, The Wizard of Oz, was swept up in a tornado, essentially a form of wind or gale. Apparently Frank L. Baum  added the surname when he was writing a Broadway version of the famous story in 1902. Before, then she’d only been Dorothy in the books. He set up her last name as a punning joke.
DOROTHY: “I am Dorothy, and I am one of the Kansas Gales.
SCARECROW: “That accounts for your breezy manner.” 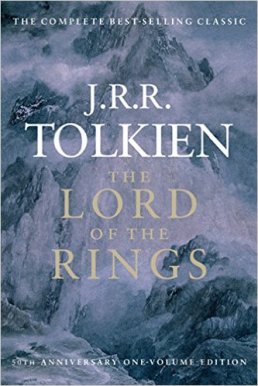 Very often, writers choose names because the name or word has specific meaning that encapsulates a character. Here are some examples.

Frodo Baggins, Lord of the Rings, “Frodo” comes from the Old English word Frod, which essentially translates to “wise beyond years.”

Jay Gatsby, The Great Gatsby, Jay is short for James, which means supplanter: One who wrongfully or illegally seizes power. Also Gat is a slang term for gun and Gatsby is killed by a gun, making this name also a pun. So this one meets two categories.

Names Chosen Based on Life Experiences

Some author’s choose names that represent characters but not because of a well-established meaning of a name or word, but because of experience.

Veruca Salt, Charlie and the Chocolate Factory, was chosen, according to Roald  Dahl, based on a wart medication of the same name he claimed he once had in his medicine cabinet.

Ichabod  Crane, The Legend of Sleepy Hollow, may be based on a a colonel in the US Army during the War of 1812 whom Washington Irving met in 1814. The name Icabod also has biblical origins and means “no glory,” both very appropriate.

Funny NYC name fact: Washington Irving was famous for coining  more than just the names in Sleepy Hollow. He coined the term “Gotham” as a nickname for New York, and called its inhabitants Knickerbockers, becoming the originator of the name for the Knicks.

Some authors never reveal the meanings behind the names of their characters, so we are left to guess. The beauty in not explaining names is that you leave the readers open to interpret and come up with their own theories, which is fun. Here are some theories on a few popular YA novel character names.

Katniss Everdeen, The Hunger Games series, is great example as Suzanne Collins has never explained many of the unusual names in her books. And there is no shortage of speculation. However, Collins does seem to hint at the origins of the main character’s name – Katniss, which is a plant that has nourishing roots it is also known as “arrowhead.” In addition, the plant belongs to the genus Sagittaria, and the constellation of the same name, Sagittarius, is also known as the archer, all of which point to the reason for the character’s name.

Safiya, Truthwitch, is another popular YA novel right now. Truthwitch, about a witch who can always discern truth from lies. The main character’s name is Safiya. While I can’t personally find any explanation from Susan Dennard’s regarding the reason for choosing this name, the word dose mean “pure,” which seems to be fitting.

So, next time you’re reading a novel, think about the character’s names. The author likely put some thought into them and uncovering the meanings behind names can be one of the great fun parts of reading.

2 thoughts on “What’s in a Name? Surprising Reasons for Character’s Names in Famous Books”