More Than Mardi Gras – The Occult Underbelly of the Big Easy 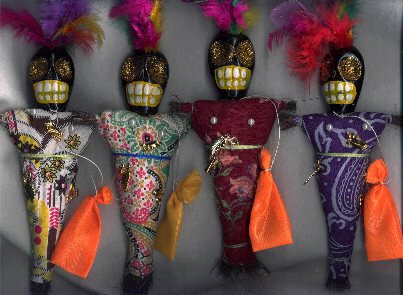 Tuesday marked the end of Mardi Gras. Perhaps you’ve been or just witnessed it on the internet. Either way, you’ll probably agree it’s a spectacle. It also gives a glimpse into the the unusual, mystical city itself. In a way, Mardi Gras is the anthem of the musical opus of New Orleans.

I’ve been to New Orleans many times. But, I only went to Mardi Gras once, when I was still in college. It’s definitely not an experience one usually forgets. I remember driving all night packed into my friend’s car, getting lost along the way. We donned glittery butterfly shaped purple masks, watched beads fly in the air and stumbled through streets thick with confetti (and other things that don’t need to be named). Bright colors and neon cut through the gloomy fog during the day and burned hot against the night sky. From necklaces with the face of bacchus (aka, Dionysus – the Greek/Roman God of Merriment) to the elaborate illuminated floats, Mardi Gras is a mix of history, tradition, culture, mystery, excitement, music and, of course, fun. It is a bit of a microcosm of New Orleans itself. 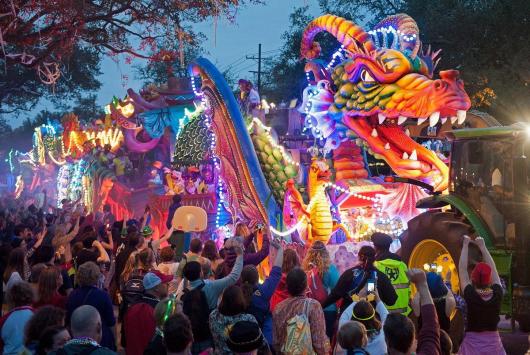 Although New Orleans is known for the Mardi Gras festival and the general debauchery of Bourbon street, that’s not it’s only claim to fame. New Orleans has a far more long, complex interesting story. Like the rest of America, it’s first residents were Native Americans. In 1718 Jean-Baptiste Le Moyne, Sieur d’Iberville (now that’s a name) founded New Orleans, naming it in honor of the Duke of Orleans. It is the primordial city of jazz and gave America the fluffy confections called beignets. 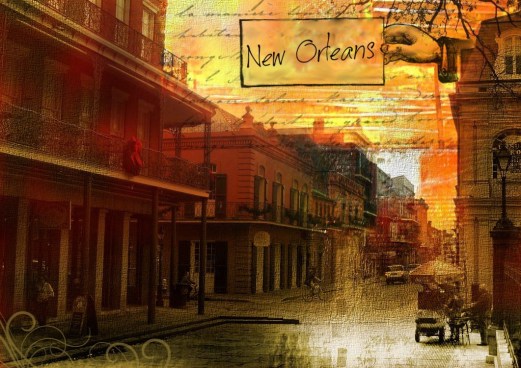 Not all of it’s story is all so bright. It has a sad history of slavery and racial injustice, that arguably hasn’t ended. And the destruction Hurricane Katrina left behind can still be felt in the bones of the city. It’s a city that can also be dirty and seedy and dangerous, a bit like that friend who loves to have a good time but can take it a step too far and you somehow find yourself teetering in a car on the edge of a bridge. It oozes excess and adrenaline. No wonder people love to use New Orleans as the setting for books and movies.

All of this makes New Orleans an interesting confluence of history, culture and excitement. 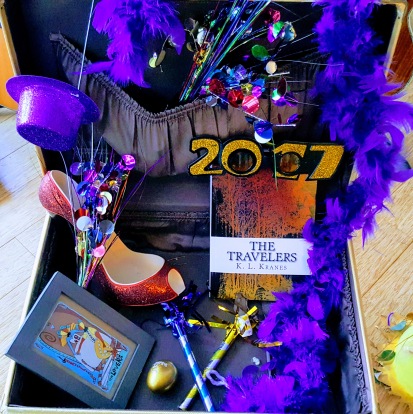 Magic in the Streets

But the part I like most about New Orleans is it’s occult underbelly. It’s a city where it feels like magic might still be real. And, for someone like me, who writes fantasy books about magic (The Travelers), flirting with the idea that there is even a sliver of real magic in the world is always intriguing.

New Orleans is a city that feels like it stepped out of a novel. It’s iron railings, curved streets, garden oases and exotic foods make it sort of a combination of Old World, New World and another world. Its a place where it feels like music hangs in the mist on the street, a doll with pins might be dropped at your feet or a ghostly figure in a top hat might cross your path and disappear down a dark street.

In New Orleans, signs of Voodoo can be literal or figurative. And stores like VooDoo Spiritual Temple, Mystic Tea Leaves, and F&F Botanica, specializing in Voodoo and spiritual supplies aren’t just novelties for the quirky or faint of heart. 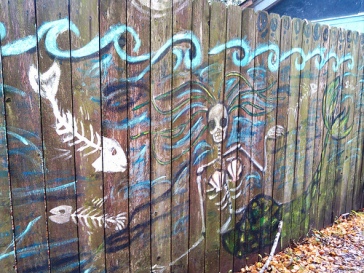 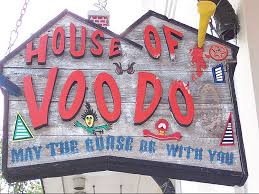 The paranormal isn’t shunned in New Orleans, it’s celebrated. Cemeteries are tourist destinations, complete with maps, websites, recommendations and guided tours. (Not surprisingly the ghost tours seem pretty popular.) The cemeteries are even locations where famous movies have been shot. The film scene from Easy Rider might be the most famous, but it’s not the only one to use houses of the dead for it’s backdrop. Others include the Double Jeopardy and Dracula 2000. 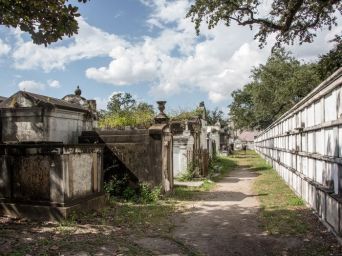 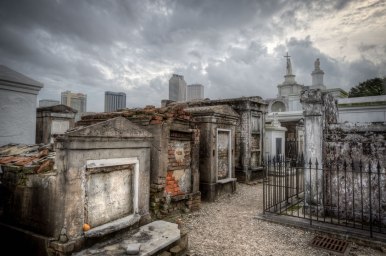 Of course I’m not the only author who’s felt the magical pull of the city, whether real or imagined. Paranormal and fantasy writers have used New Orleans as their literary magic cauldron for years.

Anne Rice might be the most famous of the paranormal/fantasy authors, bringing both vampires and witches to New Orleans with her The Vampire Chronicles and Lives of the Mayfair Witches series.

Jeaniene Frost also has another popular series called The Night Huntress series about a half-vampire who calls New Orleans home.

Other writers with fantasy or paranormal series set in New Orleans

Whether its in a plane or through books, traveling to New Orleans means experiencing history and culture wrapped up in a little bow of magic. I think it’s time for me to get back there, one way or the other. I might need to dig out that Anne Rice novel and give it another read…