What’s in a Type?

If, like with your personality, you want to see if a test can confirm your book type, that’s a thing too (of course). I actually rather like this one below because it doesn’t ask the typical questions and it was pretty spot-on for me. It said fantasy. And considering I wrote a YA fantasy novel (The Travelers) and I love to read fantasy books, well, it basically got it right.

Quiz: What Book Type Should You Read

In my past reading life, I tended to stick to my “type,” which I expanded slightly to include science fiction, and young adult (although usually only if it was also science fiction or fantasy). And, of course, I also read “the classics”. (I will always be a sucker for Shakespeare and Jane Austen). Other than often having female leads or perspectives, most of those books in my “type” were not particularly diverse.

But, in recent years, my own awareness and interest in books outside my normal genre has expanded greatly.

It helps that there seems to be a general excitement in the book community about increasing the publication of and promoting diverse books. So, without realizing it, in the last 6-12 months I think I’ve read more diverse books than I have in my entire life.

Here are some of my favorite books I’ve read  in the 6 months that have expanded the diversity of my reading list. 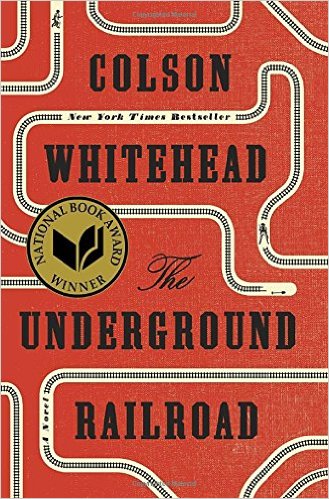 I’m starting off the list with Underground Railroad. To be fair, this book isn’t breaking away completely from my “type,” which is why I’m starting with it. Whitehead’s story does veer into the realm of fantasy, not into the witch, vampire world, but there is an otherworldly, fantastical sense to it. I wrote a review about it back when I first read it and I think I called it Gulliver’s Travels meets The Color Purple. The book re-imagines the Underground Railroad as an actual railroad that essentially transports Cora, a runaway slave, to different worlds that reflect our own history, but with heightened and hyperbolic metaphors that really cut to the heart of the humanity and its treatment of people simply based on the color of their skin. It honestly feels a little like Star Trek (sorry to nerd out here) in a way, with that sense of exploration. Although here it’s also tinged with the constant fear of being caught and killed. So it’s not quite as whimsical. But, that probably what makes it all the more compelling.

I’ve written about this book before in my blog. My daughter read it and loved it so much she told me that I had to read it. So, I did and, she was right to recommend it. What I loved about this book is that it took me so far out of my book “type.” It’s definitely not fantasy. It’s not even fiction. In fact, it’s not even prose. It’s storytelling through poetry.  And it tells the story of Woodson’s childhood growing up in South Carolina and New York in the Jim Crow era. The way in which Woodson can convey a deep thoughtfulness in just describing some of the everyday details of her childhood is what makes this work great.

This is another book that’s already been on the pages of my blog. I never wrote a formal review of it because I wasn’t sure how to put into words how this book made me feel. First though, let’s talk about how this book isn’t really my “type.” Here are the ways it’s been described:

So, it’s not fantasy and it’s not YA. But, it is all of those genres written in bullets above, which is one of the things that makes the book so compelling. It’s nearly impossible to pinpoint exactly what kind of book it is. It works on so many levels. There are two things I love most about it. The first is, it made me think, really think. I am white and I think I’m pretty liberal minded. Still this book challenged me to think deeper about race and explore concepts I might have otherwise been afraid to. The second thing I love about it is that it’s a book about people. I know that seems obvious. But some books have people in it but are more about a theme or an idea or a spaceship. But in Americanah, the characters are so real I sometimes wondered if I was even reading a piece of fiction, which made every heartbreak, every frustration, every smile feel so much more personal.

If I Was Your Girl, Meredith Russo

This book is somewhat my “type” in that it is YA. So let’s call it my type with a twist because it’s also about a transgender teenager trying manage the social pressures of high school. Other than that, I don’t want to say too much about this book. It will probably get it’s own blog because I chose it for this month’s Nightligher’s book club meeting, which I will be hosting this Sunday. I will say that choosing this book did not initially start a discussion about the LGBTQ community but rather a discussion of grammar. One of the Nightlighters was very miffed by the “was” instead of “were” in the title and that lead to a discussion of the song “If” by Janet Jackson which says “If I was your girl…” I was pretty sad to find the book made no references to Janet Jackson. But, you can’t have it all. Regardless, preview, I liked this book for many reasons and can’t wait to write more about it after the book club meeting! 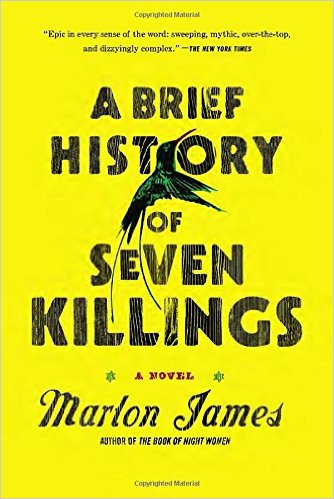 The first time I finished A Brief History of 7 Killings, I remember feeling two things – disappointment and happiness. I was disappointed that it ended because I could have kept reading it. And I was happy because I’d just finished one of the most unique and interesting books I’ve ever read in my life. Again, this book is not really in my genre. Although it starts off the book from the perspective of a ghost (which is amazing), it’s not a paranormal or fantasy novel.  In a way it’s historical fiction in that it uses the actual attack on Bob Marley’s house in Kingston as a springboard for a much larger, fictionalized tale, I’m honestly not sure what kind of a novel it is. To me it almost felt like a story of Jamaica, not it’s textbook history, but its story across three turbulent decades. Even when the book shifts to NYC, it still feels like it’s about the emotional soul of Jamaica. This Booker Prize-winning novel instantly became one of my favorite books of all time.

Honorable mention: March: Book One – This is also no the list of my favorite books I’ve read in the last 6 months, but I plan to devote an entire blog to this. So for this blog it’s just getting an honorable mention.

What’s up next: March: Books Two and Three and The Hate You Give. Can’t wait!

So, the bottom line is, reading books beyond my “type” has made my reading experience and life so much more interesting and thrilling. It’s expanded my ideas and mind. It’s taken me to new places and helped me understand humanity in a new way. Perhaps we should all look to try things that aren’t necessarily our “types.” My guess is there’d be a lot more good than bad that would come from it.

One thought on “Breaking My Book “Type” – My Diverse Book Year”