American Shakespeare Center: They Had Me at Gummy Bears 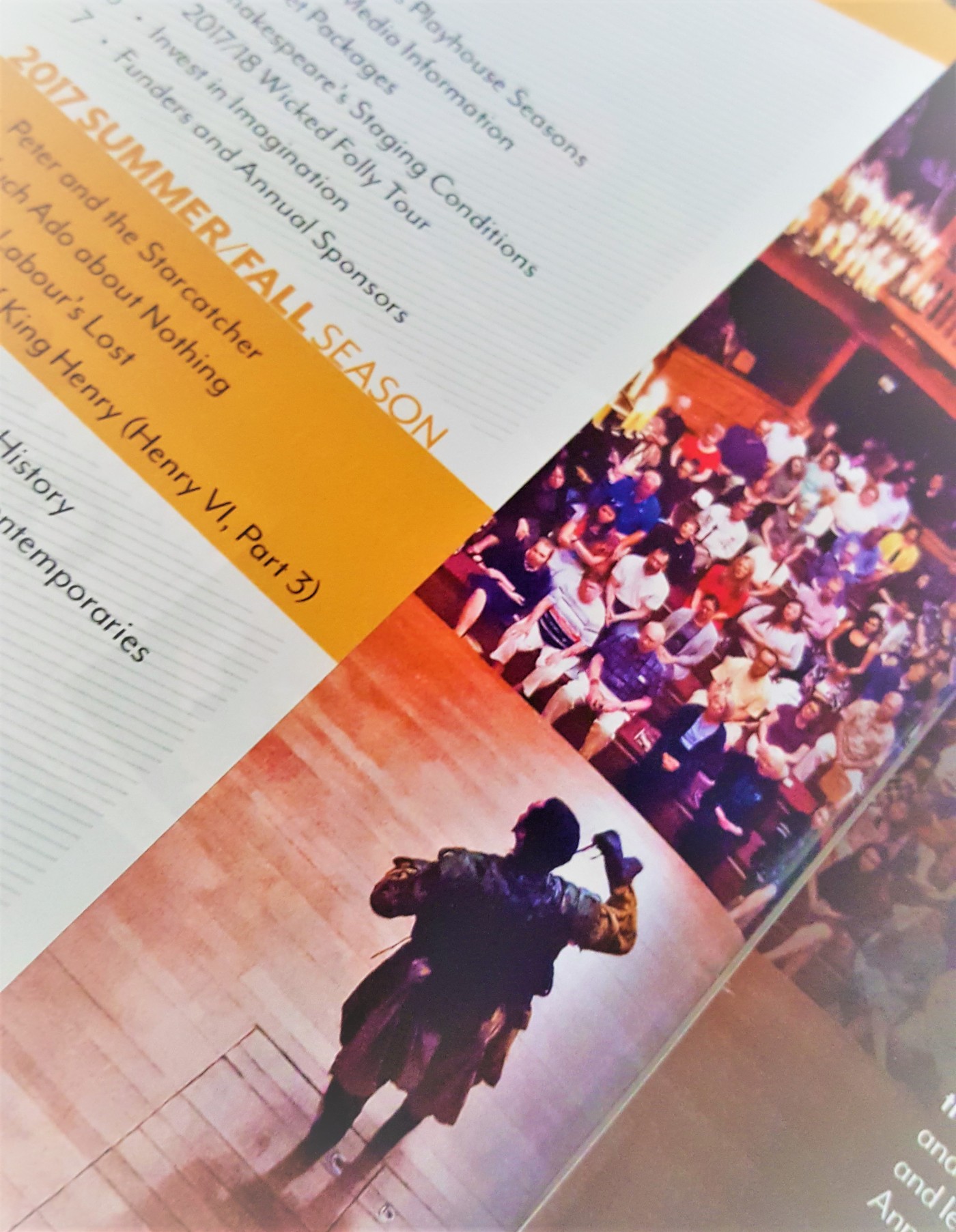 We do it with the lights on!

Don’t freak out. I haven’t suddenly lost all my senses and decided to turn this into some TMI blog about the intimate parts of my personal life.

I’m still keeping it all things bookish and literary with zero shades of gray. So what’s all this business about doing it with the lights on then? It’s a witty little slogan from The American Shakespeare Center, which I visited this past weekend. 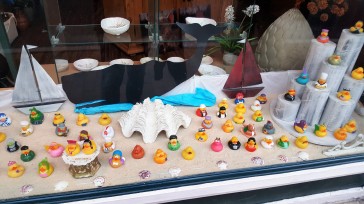 It’s here you can find the secret, not-so-little Blackfriars Theater, home of The American Shakespeare Center.

I’ve visited Staunton before. I even had my very first book signing at one of the town’s bookstores called The Sacred Circle, which is now, sadly, gone. (See blog here.)

Not to worry, in case things like the closing of independent bookstores worries you, Staunton still has two other bookstores to fill its bookish needs. And the former proprietor of The Sacred Circle shut his doors not due to lack of book interest but because of an opportunity his family couldn’t pass up. This tiny hamlet (wink) still loves the lit.

In fact, Staunton is a unique sort of small town. It has all the friendliness, hospitality and charm expected of a proper southern small town but with a big dose of weird. (From me, that is a compliment.) It’s a town that benefits from being close to two colleges (Mary Baldwin College and James Madison University), which means an influx of young people join the locals in embracing the fun and strange, such as open mic nights at the coffee shop, jazz pianists at a local restaurant and ghost tours. (Staunton is notoriously haunted.)

It’s the kind of town that has a giant paper mache snake monster bearing its creepy fangs in the display case of an old theater. Lucky visitors can stand with heads cocked to the side and wonder why on earth there is a fake snake threatening them in the middle of town. (The answer is the town hosted a Harry Potter event and kindly left behind this piece. I’m not sure these pictures do justice to the strangeness of it.)

It’s the kind of town that has giant paper mache snake monster bearing its creepy fangs in the display case of an old theater. 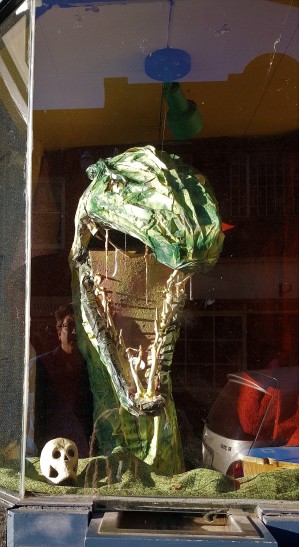 I assure you this is seriously Shakespeare, but that doesn’t necessarily make it serious.

Shakespeare in an Email with Gummy Bears

On my previous visit to Staunton, I noticed the Blackfriars Theater when walking through the town, but I didn’t get a chance to look into it further. To be honest, as much as I love Staunton, it’s a small town. When you think of where you might see great Shakespeare, small towns don’t usually come to mind. However, in case I haven’t made it clear yet, I love Shakespeare and I’ll take him where I can get him.

So, when my husband and I returned to Staunton for a getaway weekend at our favorite nearby inn (The Iris Inn) I suggested we check out the theater.  (Read: I demanded that we go and that he like it and if he couldn’t like it he had damn well better fake it so as not to ruin my time.) My husband, who at best tolerates Shakespeare, but is a fantastic husband, agreed to go. So I got two tickets to Much Ado About Nothing on Friday night.

Right after purchasing the tickets, I received what I thought was a customary confirmation email. I assumed it just had instructions for picking up my will-call tickets. This is why I didn’t read it until about 45 minutes before the show while my husband and I enjoyed a lovely, fancy dinner. (Imagine dark, candlelit room, blood red wine, and food that almost looks too pretty to eat.)

For some reason, this was the time I chose to actually read the confirmation. I pulled up the email on my phone and glanced at the first line: We do it with the lights on!

My eyes went wide. I took a large swig of my wine. What had I gotten us into? In Staunton, was Shakespeare code for something else? Less play and more playful (read: kinky)?

I pulled up the email on my phone and glanced over the first line: “We do it with the lights on!” My eyes went wide. I took a large swig of my wine. What had I gotten us into?

Worry wound into a tight little ball in my stomach. I gave my husband a shaky glance and a brief smile. If this was Shades of Shakespeare my husband might never see a play with me again.

“Everything OK?” he asked.

“Oh, yeah, totally,” I stammered and read on silently…

We do it with the lights on. Meaning, we leave all the lights on the whole time. Why? Because Shakespeare did.

The worry ball in my stomach unwound a little after reading this. It sounded like this playhouse was cheeky but no one was likely to grab my cheeks. (By “cheeks” I’m referring to my backside in case it wasn’t clear.)

I read on, hoping the next words weren’t, make sure to bring your masks and handcuffs.

It did not say this, to my relief. Instead, the email explained that live music would start a half hour before the show. This upped the class factor but also the boredom factor. I didn’t want to listen to a bunch of old-timey minstrel numbers.

You’ll hear anything from Bruno Mars to Frank Sinatra.

This piece of information just confused me more. Last I checked Bruno Mars and Frank Sinatra did not hearken from the Elizabethan era. Was I about to see a modernized Shakespeare play? Clearly, I’d failed at one of my best characteristics – research. I had no idea what to expect.

Why? Because music was an integral part of performances at Shakespeare‘s Blackfriars Playhouse, sometimes played before the performance and almost always during the interlude.

(Side note: While we did not hear any Bruno Mars or Sinatra, the performers did regale us with an extremely entertaining version of “Fools Rush In” by Elvis in which the Shakespearian costume-clad singer donned the classic Elvis sunglasses and hiked up his cummerbund to mimic Elvis’ white jumpsuit look. It was fantastic.)

The email didn’t stop with sexual puns and musical references.

We happily accept cash or credit cards at our bar onstage. Bars serve refreshing beverages and delicious snacks such as our amazing gummy bears.

At this point, I nearly spit my drink out onto my food. There was something about the idea of gummy bears associated with Shakespeare that made me break into a fit of grateful laughter. I couldn’t control myself.

My husband gave me a curious look. It was then that I admitted I’d been a little worried about my choice, OK demand, to go to the playhouse. After reading him the email, my husband agreed that we couldn’t possibly be disappointed by gummy bears, live music and a playhouse with a wicked sense of humor.

We couldn’t possbily be disappointed by gummy bears, live music and a playhouse with a wicked sense of humor.

Guess what? We weren’t.

In fact, I’d never had so much fun at a Shakespeare play, nor have I ever felt so close to history. The theater is “the world’s only re-creation of Shakespeare‘s indoor theater” and while it has indoor plumbing, it’s kept many of the sometimes inconvenient or odd features of an actual Elizabethan theater. This includes, but is not limited to, benches that get you uncomfortably close to your neighbors, columns that can block your view and seats directly on the stage where people can interact with the players. Along with indoor plumbing, the playhouse also opts for airconditioning. So while it looked like a 1600s theater packed with people, it didn’t smell like it. I’m guessing it was also much cleaner. But that’s just a guess based on no real historical information other than watching movies like Shakespeare in Love.

The bottom line: The American Shakespeare Center at the Blackfriars Theater made Shakespeare fun and it did it without shortening it or dumbing it down. This was not an abbreviated version of Much Ado. It was the full play with all the dialogue, featuring actors who could actually act and sing although they weren’t the best dancers. But this wasn’t a ballet. The play did throw in a few modern twists. (There may be a small musical number featuring a Madonna song.) But they were appropriate and funny.

Gone was the stuffy, dark theater filled with a library-like quiet. There were no booming melodramatic soliloquies or overblown costumes and sets. These were replaced with modest, but effective props and a combination of physical comedy and pathos that felt authentic to how it would have been done in Shakespeare’s time. If you’ve ever wondered how anyone could actually like Shakespeare’s plays, even hundreds of years ago, this place might answer your question.

2 thoughts on “American Shakespeare Center: They Had Me at Gummy Bears”