Halloween Reads: Books for People Who Have a Darker Side 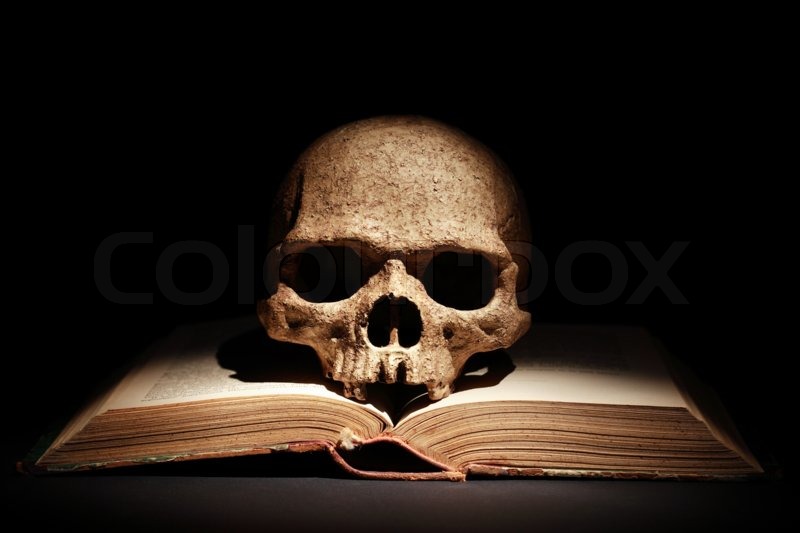 It recently occurred to me I am not one person. I am really two people existing in the same body.

But I have these two very different sides to my personality and it’s only in the last few days I realized how very different they are. One is bright and happy. The other is much, much darker.

This revelation all started with a book, of course. (The catalyst for most of my revelations…) 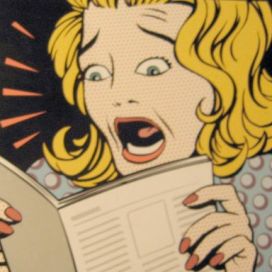 After recommending As I Descended by Robin Talley to a friend and fellow writer as an example of a modern Shakespearean adaptation, my friend sent me a note telling me the book terrified her. She said she didn’t realize I’d suggested a horror book. Horror? I thought to myself. It’s not horror. Sure, it has ghosts and an Ouija board and murder and… Oh, wait.

Not once did it occur to me to add the warning label “beware this book might scare you.” My threshold for terror has drifted higher over the years. It’s sort of like the magazines and junk mail that pile up on the kitchen counter, eventually, you just forget they’re there.

The fact is I love being scared. I revel in movies that make me jump and books that make me shiver. I even love how sometimes after I turn off a creepy podcast I silently remind myself “there is nothing under the bed.” The mysteries in the darkest corners of the world excite me. (Caveat: I like SCARE, not GORE. I despise narratives that rely on blood and guts and grossing people out. Scaring is an art. Gore is a cheap thrill.)

Side One: Rainbows and sunshine

Before we go further down my path of darkness, let’s back up to my two people, one body claim. My dominant personality centers around what I call “sunshine and rainbows.”

This is my Captain Positive, fight for the little guy, can-do, everything will be OK personality. This version of me smiles at strangers and wants to take every dog in a shelter home. The idea of “plan for the worst, expect the best” will never come out of my mouth. I plan for the best and expect the best. If it doesn’t happen, then I deal with it. (And maybe spiral into a hole of depression temporarily afterward, but never before!)

To put it in a Harry Potter context, I’ve taken that darn Harry Potter “what house are you?” test a million different ways and constantly tip between Gryffindor, Hufflepuff and Ravenclaw, but I have never once gotten Slytherin. (Random side note: Anyone else notice how Harry Potter houses have supplanted the traditional personality test? I wonder how long until companies start sending people to Pottermore.com rather than handing them the Myers Briggs at job interviews.)

And to be sure, the world since November 2016 has tested and tried my sunshine and rainbows viewpoint. But I do truly believe, although it may sound corny, good will triumph over evil, eventually. It just may take a while (like 2 more years at least.)

Side Two: The Hidden Ms. Hyde

Then I have another side. A smaller, hidden side that feeds off danger and darkness. This Ms. Hyde part of me grabbed an Ouija and locked myself (and my friends) in a closet for hours trying to contact ghosts as a child. This is the side that jumped on a motorcycle without a helmet as a teenager and rode off into the darkness. (Sorry mom and dad!) She seeks out podcast like My Favorite Murder and can’t wait to see the next episode of The Haunting of Hill House. She lives for the tingling chill rising up her spine and the knowledge unearthed when digging into the darker parts of humanity.

If I’m getting Freudian, these sides reflect my Id and my Ego. Where’s my superego? Who knows…Out to lunch? (If you need a refresher on Freud’s personality, I think this video is great.) And as I look back on my reading choices throughout my life, the Id side seems to have been in the book driver seat, particularly when I was younger. My dark side filled my bookshelves with Roald Dahl, then came Christopher Pike, R.L. Stein, Stephen King, Anne Rice and so on.

And while I read books that fill the needs of both sides of my personality, it is Halloween and my Id that has woken to the plastic skeletons creeping in the grass and the ghoulish pumpkins lighting doorsteps. She’s started thinking about all her favorite books that have sated her appetite over the years, an appetite that craves fear on a psychological level well beyond a simple fright.

Here are just a few.

The Haunting of Hill House by Shirley Jackson

At some point, I may tackle my complicated feelings about the TV version of this book compared to the original text. But separating the two completely, The Haunting of Hill House book is genuinely terrifying and oh so brilliant. The title essentially explains the premise. But don’t be fooled, it is nothing so banal as a simple ghost tale. Rather, through the story of several strangers who agree to stay in a supposedly haunted house, the book stabs its bony finger into the gooey heart of the human condition and questions what are truth and reality. (Not to mention its portrayal of the internal struggle for female independence. There’s so much packed into the pages to consider!) Most importantly, it also has one of the best opening paragraphs of all time, ending with “and whatever walked there, walked alone.” I get chills just reading that!

The Turn of the Screw by Henry James

Daisy Miller drew me to Henry James, but The Turn of the Screw made me love his work. While some may view him as old-fashioned and perhaps not as exciting as modern-day authors, James’ style of writing lends itself well to the type of creepy slow-burn befitting of truly terrifying tales. The simple story of a governess who takes care of two children at a remote and haunted estate is a classic for a reason.

Although not a traditional ghost story and perhaps not even considered a traditional “horror” story, the gothic novel still strikes terror. From the creepy housekeeper to the mystery surrounding the death of Maxim de Winter’s first wife, the sinister presence of the past haunts the pages of Rebecca.

There are no crazy murderers or monsters in the classic sense in this book, unless you count aliens as monsters, which after reading it you may. Still, this may be the scariest book I’ve ever read in my life. That’s not an overstatement. I found it so terrifying I couldn’t even keep the book in my room. Want to not sleep for two weeks? Then read Communion. Oh, did I mention it’s supposed to be a true story? Yep, make that two months.

There is no shortage of terrifying books written by Stephen King. Although many might disagree, for me, Salem’s Lot was always the most terrifying. It might be because it was my first, but not my last, Stephen King novel. Or it might be because I read it at an age many would deem inappropriate, around 10 years old. Regardless, the book both terrified and thrilled me, thus cementing my vampire obsession and my love of horror within its astounding 400 plus pages. And, I must admit, even today, when something raps at the window I get a little scared.

Through the Woods by Emily Carroll

If you thought the Brothers’ tales were grim, Emily Carroll’s twisted stories of ghosts and ghouls will have you shaking. While traditional fairy tales were cautionary in nature, attempting to teach lessons to keep kids in-line, Carroll’s stories pick at the fabric of our psyche, exposing our deepest fears and insecurities. It’s a scary story told over a campfire, the Telltale Heart meets the Brother’s Grimm in graphic novel form. The sharp shapes and shadows serve up an even more terrifying element to the stories. Carroll can make you shiver with just a few lines. Twisted fairy tales filled with twisted people and twisted monsters. Not even the brave make it out unscathed. This graphic novel is full of scary fun.

The Vegetarian by Han Kang

I don’t know if this book is considered “horror,” but it horrified me. I chose the book solely on its accolades as a Man Booker Prize winner. (I have yet to not love a winner of this award.) However, I didn’t exactly know what to expect from this book. It’s described as Kafka-esque, a description that is apt. The book, about a woman who decides to stop eating meat after a scary dream, is terrifying and repulsive, while also a compelling look at the human psyche and how the projection our own selfish needs and desires on others can lead to destruction. It is not a book for the faint of heart.

Another tale some might not consider “horror,” I’d argue whether the haunting of Sethe by her dead daughter “Beloved” is a true ghost or a self-inflicted machination of her guilt doesn’t matter. Tales of hauntings are rarely about the ghost. They are about the haunted. This story is no exception. It’s a story that is equal parts terrifying, heart-wrenching and poignant.

23 thoughts on “Halloween Reads: Books for People Who Have a Darker Side”