T-shirt Tuesday: The Lost Art of Storytelling and Leprechauns?

My husband wore this t-shirt a few days ago.

He bought it a little over two years ago when our family spent a about a week in Paris followed by a few days in Dublin. The contrast between the two places was undeniable. In Paris, you’re a visitor. In Dublin, you’re a guest.

The distinction is more than just a feeling, though. It’s a state of being. In Paris, like in many other places, conversations with strangers were necessary interactions you completed as quickly as possible. In Dublin, conversations were a means of telling stories. I am a writer, a storyteller (see The Travelers), therefore, I felt at home in this place of fellow yarn spinners. Stories, in any form, always make life more interesting.

A Trip in a Cab

We experienced this cultural shift the moment we got into the cab at the Dublin airport. Our driver greeted us, asked us questions about where we were from and where we were going. We had no Euros and he didn’t take credit cards. So, he told us he’d bring us back to the airport in a few days and we could pay him then. Having spent a large portion of our lives in cabs in New York, we found this shocking.

The cab driver then proceeded to take the long way to the hotel. As he drove, he regaled us with stories of Dublin and it’s history, pointing out iconic places, restaurants, areas we should visit.

Everything Has a Story

This feature of melding stories into conversation didn’t seem to be restricted to just our cab driver. When I told one of the owners of a restaurant we went to that I have a gluten allergy, expecting, like in Paris, to be looked at like I had 6 heads, he said “in Ireland we knew about being gluten free before anyone else.” Then, he spent several minutes telling us why Ireland is at the forefront of gluten knowledge and threw in a cute story about his daughter, who also has a gluten intolerance.

The stories didn’t stop there. One day we’d become lost on the streets while trying to locate a restaurant. Google maps was failing us. It was a little tricky in other countries. So we asked a man on the street for directions. He didn’t huff with annoyance, point in a general direction and give us some vague response. He stopped, smiled, spoke with us for a moment as he tried to explain it and then finally said, “I’ll just walk you there.” On the way, he pointed out different buildings and told us their history and talked about the culture of Ireland.

It struck me then that Dublin wasn’t just a friendly city, it seemed like a city of storytellers, an art lost where I live in Northern Virginia, as it probably is in many other places. We’re too busy and wrapped up in our own lives to engage strangers or listen to their tales. 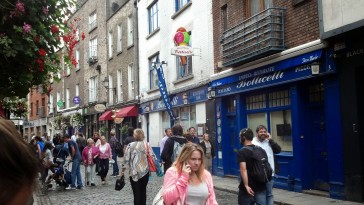 A Visit to a World of Magical Creatures and Leprechauns

A reluctant trip to the Leprechaun Museum, something my then 9-year-old daughter desperately wanted to do, but the rest of us were convinced would be lame, epitomized this Dublin characteristic.

It’s a tour complete with elaborate rooms that plunge you into a world of ancient tales. An enthusiastic guide, who knows how to properly tell a story with changes in pitch and tone, spins tales of leprechauns, monsters, lost loves, broken hearts and fairies as you walk through things like a giant’s causeway and experience what it’s like to be a Leprechaun in a room with enormous furniture, that you can climb on like a playground. 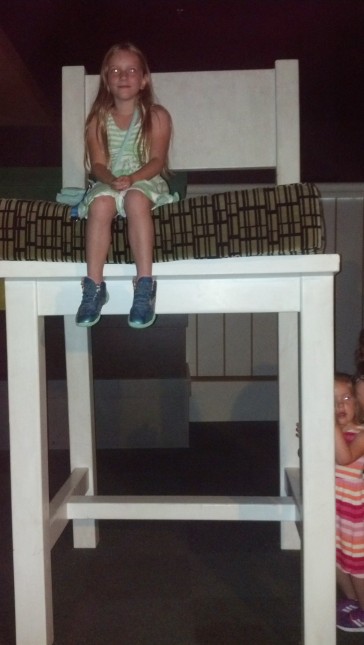 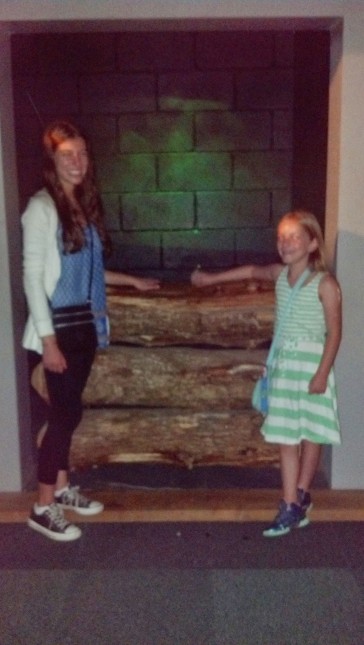 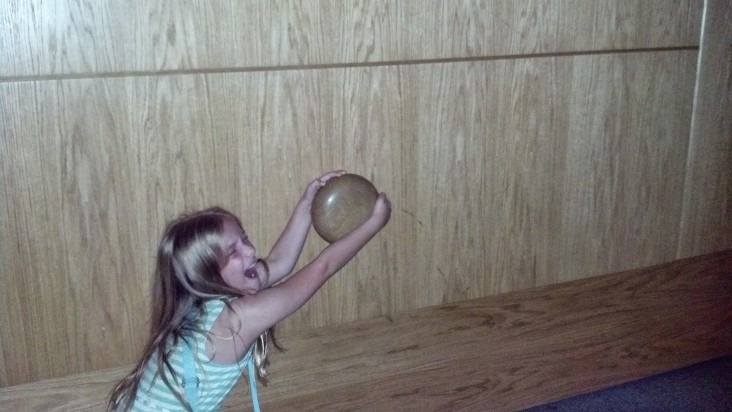 The tour ends at a wishing well. Our guide even sang a beautiful song. We knew we’d be leaving Dublin soon. I think as we stared down at he glowing ball at the bottom of the well, we all wished we could stay longer.

Maybe it was the food. Maybe it was the beautiful architecture or the luscious green grass that my daughter cartwheeled through. But, I think the reason we wished to stay  was the people and their stories. They draw you in, make you feel like you’re home. Dublin was like a book you never want to stop reading. It’s stories are endless. It’s characters unique and vibrant.

I can’t wait to go back again. 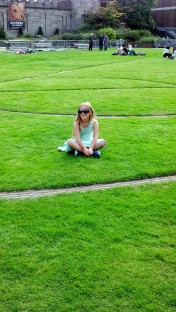 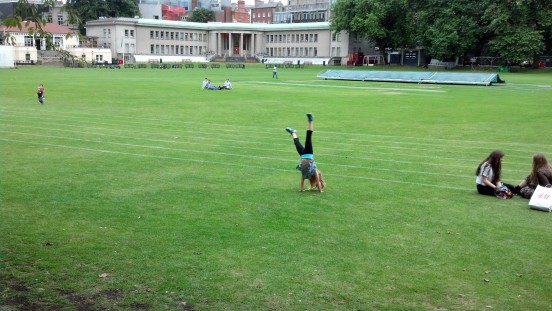