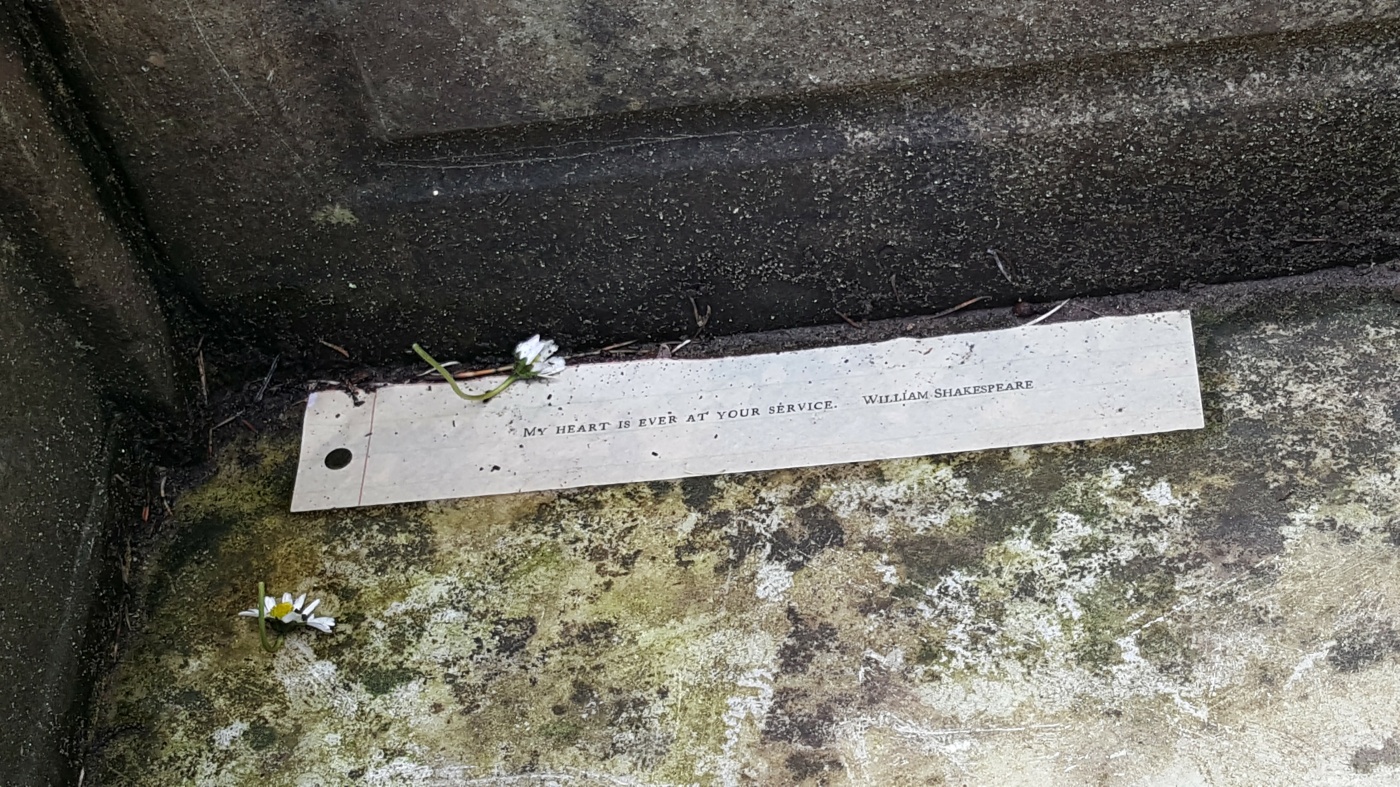 Day 3 of our visit to San Francisco, the last full day here. It would be hard to top Day 2, but, we decided to try anyway. Like the previous days, the weather promised to teeter back and forth between a white blanket of overcast clouds and dark gray torrential downpour. Since the morning had the type of clouds that let the sun through, we popped on some jackets and decided to make the most of what time we had before the rains came.

Like any good day, it all started and ended with food, with a little dance and literature in between.

A Colorful Trip to the Market

We eagerly walked a few blocks until we saw the peaked white tops of tents spread on the street. Under the canopies were bright greens and oranges and reds. We tasted and sampled our way through honey, oranges, apples, tamales and pies. The farmers market even had a gluten free bakery where I got foccacia bread that was actually, wait for it, good!

Although food wasn’t the only distraction. There were also dogs. Although technically not allowed in the market, there was no shortage of the furry animals on the sidewalks surrounding it. My daughter is, to put it mildly, obsessed with animals. So for every time we stopped to gaze at a jar of pickles, we probably stopped to pet two dogs. All and all, it made for a pretty awesome morning.

It Don’t Mean a Thing, If You Ain’t Got that Swing

We managed to make it almost to noon and still we hadn’t felt a raindrop. Since my husband and I dabble in swing dancing when we have time, we decided to walk over to Golden Gate park and check out Lindy in the Park.

We made it in time for the beginner lesson where we joined other pairs of dancers in a circle around the teachers. This is a typical format for swing lessons. Essentially, you start in a pair with one follower (traditionally the ‘female’) and one leader (traditionally the ‘male’ role). The follower then rotates to a new partner after each song. I’m not really one for tradition, so decided to be helpful take the lead position since there was a shortage of leaders.

Now, let me remind you I said I’m a novice, and I haven’t put on my swing shoes in several months. In retrospect, this was not my best idea. It is totally not like riding a bike. I’m pretty sure when the teacher said to the group ‘you really shouldn’t switch back and forth between following and leading’ she was referring to me. And when one of my partners said ‘thank you’, which is the custom after you dance with someone, I don’t think I was imagining that her tone said the opposite. I have a whole new appreciation for my husband now.

Literary Walk in the Park

After a somewhat embarrassing swing outing (I need to go back to taking regularly scheduled lessons), the clouds were closing in. But, we really wanted to try to see more of the park, particularly the Shakespeare garden. I’d been to the park before and seen the Japanese garden and the conservatory of flowers, but not a garden so near and dear to my literary heart.

Walking into the garden during winter feels a little like you’ve stepped into the book The Secret Garden. The trees lining the path are tangles of leaf-less branches and the only flowers are the wild white weeds. But, this almost makes it more interesting. It lends a sense of mystery to the garden.

Along the back edge is a long brick structure pressed with metal plates that have Shakespeare quotes stamped on them. These are not necessarily Shakespeare’s most famous lines, but they have a connection to the garden in that they all reference flowers and nature. Supposedly, each quote has some sort of plant, tree or flower represented in the garden.

There are also less overtly literary aspects of the park. In fact, the park seemed to be filled with little scenes that remind me of stories and fairy tales. For example, can’t you see Snow White climbing these stairs, headed for her cottage with the 7 dwarfs.

Or Hansel and Gretel lost in these eerie woods?

Oh, and of course I can’t forget that there were more dogs we had to stop and pet on these outings. My favorite was the little white fur ball with a red scarf one a man carried on his forearm as he whipped around in circles at the roller skate park. We wanted to join him, but the rain drops had started to fall and it was time to get home.

Tea Goes Great with Rain and The Travelers 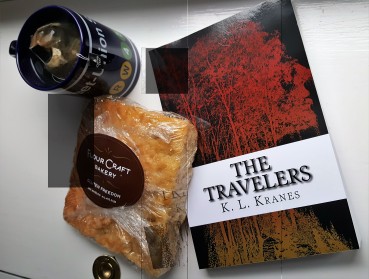 Just after we returned to the house, the clouds changed from light to dark gray and the rain started. I grabbed my bread from the farmer’s market, a cup of hot chai tea and cozied up on the window sill with The Travelers, who I’d left home because of the threat of rain. It was a great way to end the day.